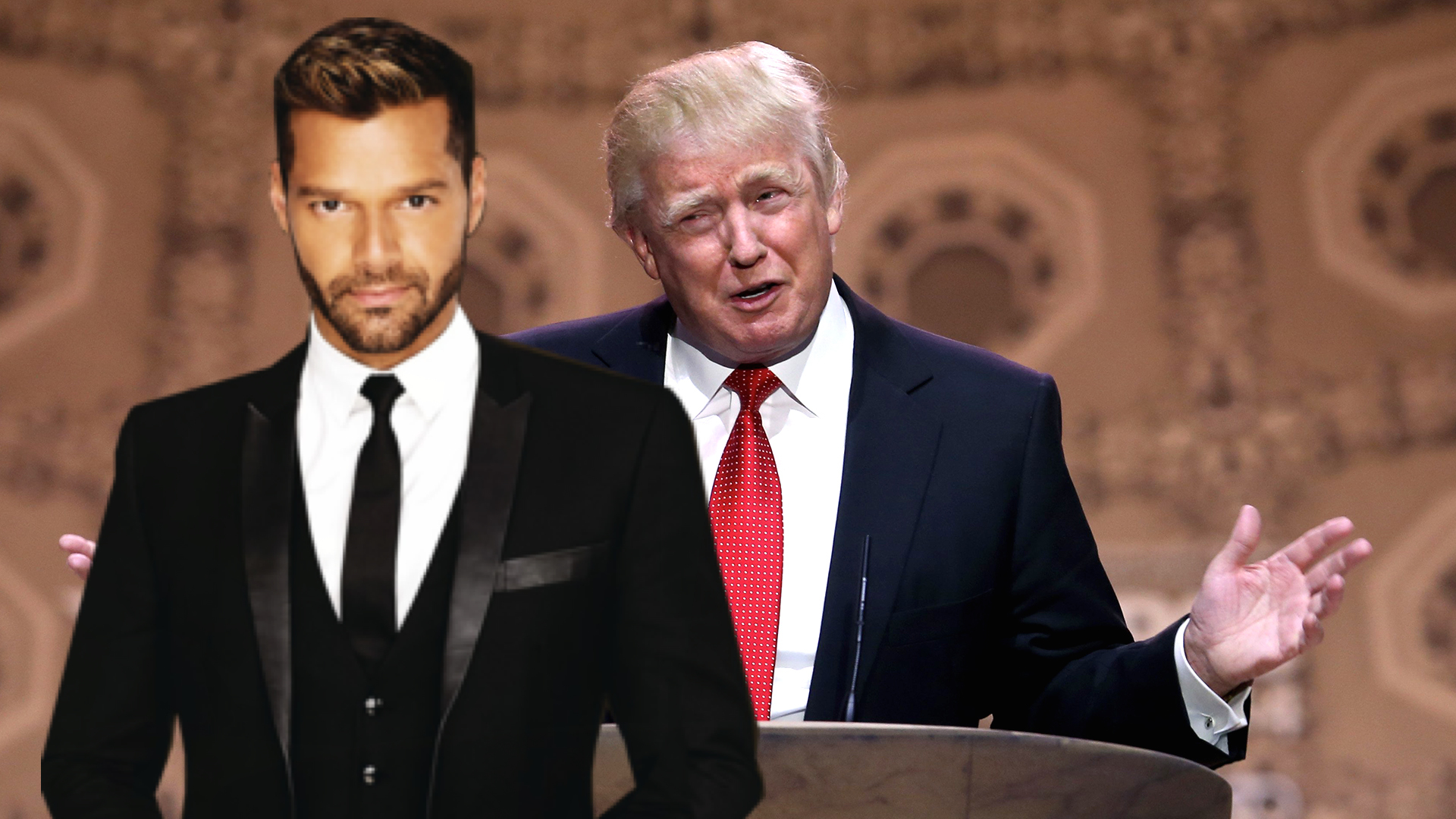 Puerto Rican pop sensation, Ricky Martin, has weighed in on the latest media flap involving our current and fairly frightening presidential front-runner, long renowned short-fingered vulgarian, and reality TV juggernaut, Donald J.Trump (who, in truth, may wind up being the greatest president this nation’s ever seen; since literally anything seems possible right now).

The “She Bangs” crooner and former Menudo heartthrob has had it up his beautifully manicured eyebrows with what he describes as Trump’s “xenophobic” rhetoric against Latinos. Martin is calling for Latinos en masse to stand up to it.

A recent event found the Republican presidential candidate removing Hispanic journalist Jorge Ramos from a press conference in Iowa, in a way many — Martin included — believed smacked of unabashed bigotry.

The 43-year-old added in his piece, published on Wednesday in Spanish on Univision, and in English on Fusion, the sister networks that Ramos works for:

“Why would he assume he has the right to make absurd, incoherent, and ignorant comments about us?”

“I am not surprised Trump would aim so low. I am surprised that we Hispanics continue to accept these aggressions and accusations by individuals like Trump who continue to attack our dignity.”

Martin then grew stronger in his resolve, urging Latinos to stand together against the current leading GOP candidate.

“Let’s not tolerate any politician using insults in the campaign,” he wrote. “Let’s respect those first-generation Latinos that arrived in the U.S. and opened a path for all of us. Each right that we have today, we have fought for.”

You can read Ricky Martin’s full, moving op-ed on Fusion. And keep up with the best that the web has to offer of the lives and careers of all mentioned here by clicking their highlighted names above, and visiting their PeekYou profiles.