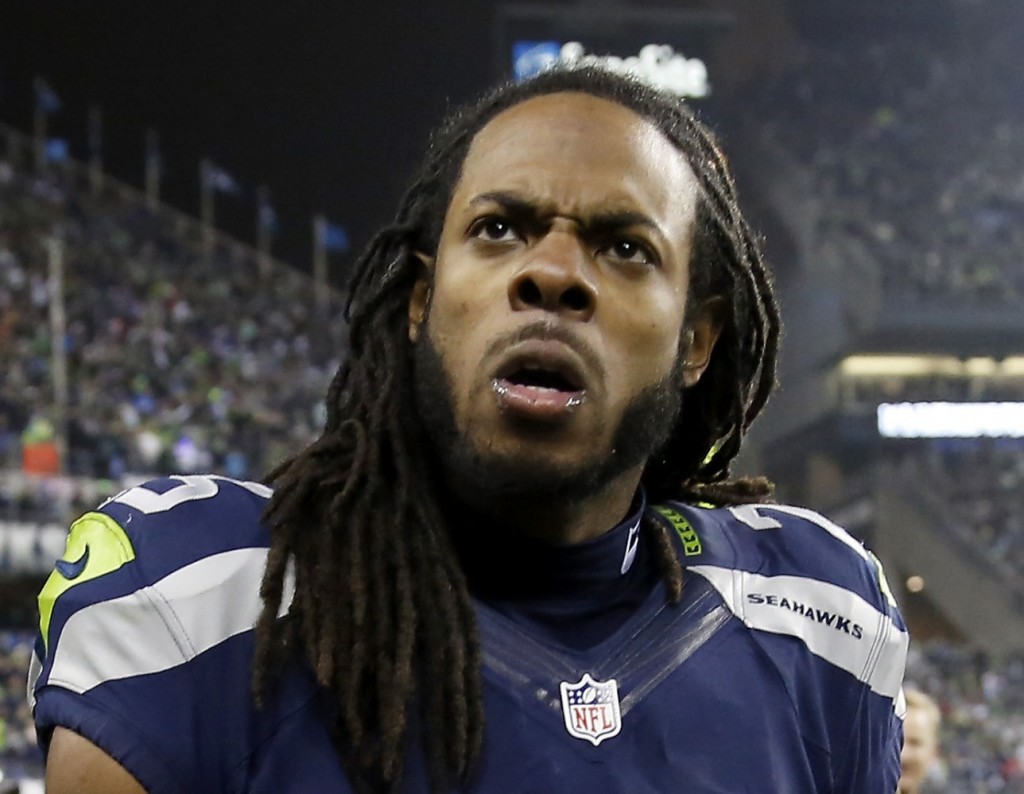 Those familiar with the Seattle Seahakws‘ Richard Sherman (PeekYou profile here) probably know, or at least could guess, that he believes himself to be the best cornerback in the NFL.

Having helped the Seahawks win the Super Bowl as he did, he does perhaps have a point. But his opinion is not unanimously held, and on Wednesday New England Patriots‘ running back, LeGarrette Blount (PeekYou profile here), took to Twitter to suggest that his good friend, Aqib Talib, is deserving of the title.

Basically, Sports Center reported — as we did earlier — of Talib’s sizable contract with the Broncos. Blount tweeted in response that it couldn’t have happened to a better cornerback. Then, in response to Blount’s tweet, Sherman took umbrage. From there, further tweets followed.

You can read the whole thing recounted here.

UPDATE: Now Washington Redskins cornerback, DeAngelo Hall (PeekYou profile here), has gotten in on the act, and he and Sherman have also exchanged heated tweets; about which you can read here.

And you can follow other less schoolyard aspects of Sherman’s and Blount’s — and now also Hall’s — lives and careers via the numerous links to be found upon their PeekYou profiles.