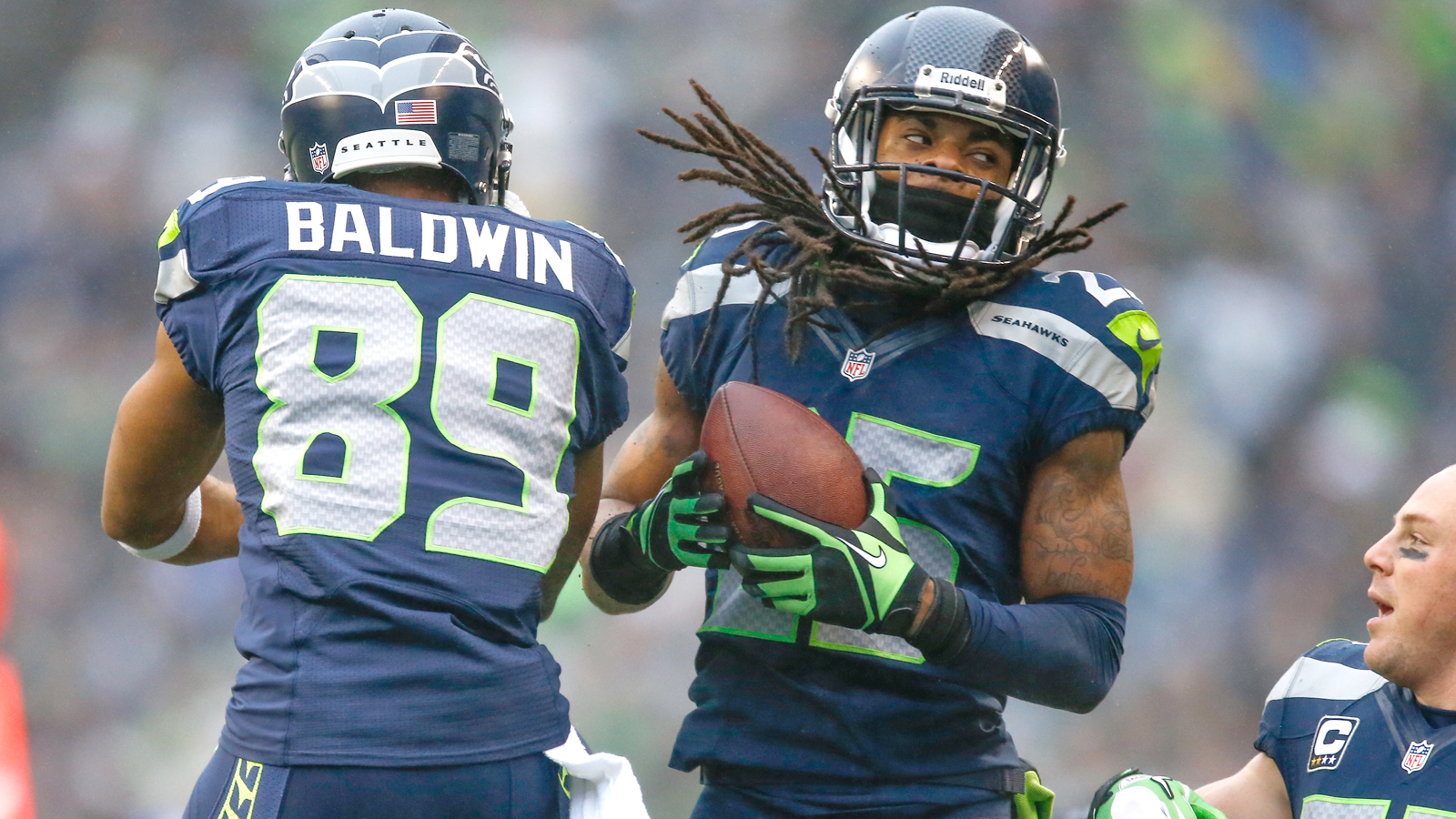 On Tuesday, Seattle Seahawks star cornerback Richard Sherman and wide received Doug Baldwin, staged an odd bit of theater wherein they took to task the NFL for perceived hypocrisies, while praising their own assorted endorsers.

Tacoma’s The News Tribune shared the unusual video, which showed Sherman talking at a cardboard cutout of Baldwin as the latter hid behind it. From this setup the two shared their scripted and calculated assortment of grievances and critiques; taking to task “hypocritical” policies, and touching upon a wide array of areas.

Among those topics addressed were teammate Marshawn Lynch being fined for failing to speak with the media, and the NFL’s tendency to regard its own sponsorships as priorities.

“Nope, they sure wouldn’t have,” Baldwin, of course, replies.

“But you know who does pay me a lot of money? Beats by Dre, the wonderful headphones I wear,” Sherman said, speaking of his high profile endorsement. “But the league doesn’t let me say anything about them. Doug, why is that?”

“I don’t know,” Baldwin said. “Sounds, uh, sounds kind of hypocritical to me.” Of course the reason is that the NFL has its own sponsorship deal with with Bose, which forbids players from wearing any other make of headphones while on camera.

Also addressed is the league’s ban on players endorsing alcoholic beverages, while the league itself counts Anheuser-Busch as a major sponsor.

The whole thing is strange and possibly gutsy, and definitely bound to irritate the people it’s intended to, and can be seen below.