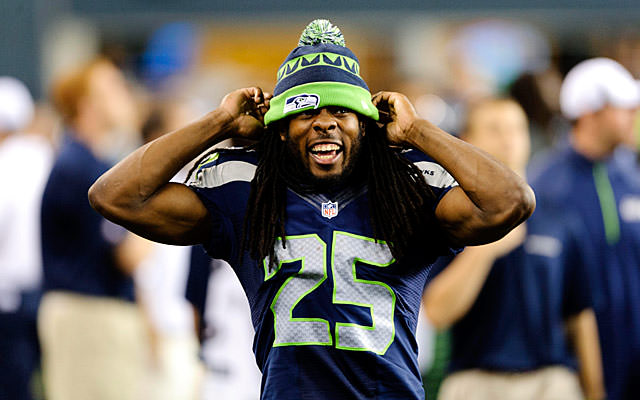 In the run-up to Super Bowl XLVIII, no player currently has more heat on him than Seattle Seahawks cornerback, Richard Sherman (PeekYou profile here).

Sherman has drawn an excess of attention to himself, both simply via the quality of his playing, and also for granting some — shall we say — enthusiastic, think-piece inspiring, on-the-field interviews in the immediate wake of last Sunday’s NFC championship game.

Presumably as a result of all this attention, he currently finds his jersey as one of the 10 best-selling in the league; alongside, among others, fellow Seahawks Russell Wilson, and Marshawn Lynch

The Super Bowl is still a week and a half off, so it’s unlikely this is the last time we’ll be writing of Mr. Sherman between now and then. Until our next mention, however, we recommend visiting his PeekYou profile; where you’ll be led to social pages, videos, photos, articles, and seemingly endless analysis of many of the things the man has said and done, both on and off the field.