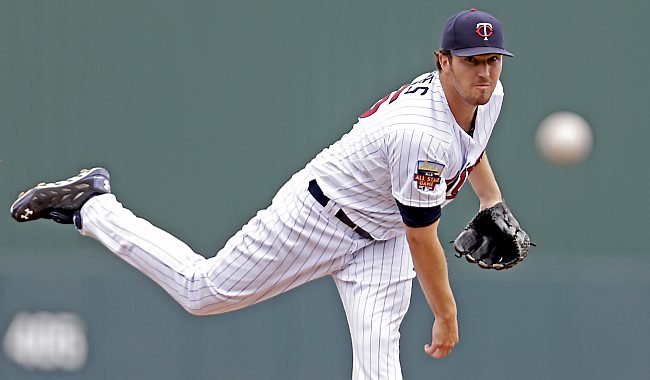 On Wednesday, Minnesota Twins starting pitcher, Phil Hughes, likely lost out on a $500,000 bonus due to persistent rainfall.

During his final start of the season on Wednesday, Hughes was well on his way to a $500k bonus for pitching 210 innings during the year. However, 209 2/3 innings in, the game wound up called for rain.

Despite the loss of this staggering-to-most sum, Hughes has finished the year with the best strikeout-to-walk ratio of any pitcher in major league history.

Regarding the loss of bread, the pitcher took it in stride, “I was very aware of it, but some things aren’t meant to be.” And no tears need be shed, as his salary is $8 million to start with, and — not for nothing — he’s already earned a pair of $250,000 bonuses for reaching 180 and 195 innings.

Still, it’s got to sting a little.