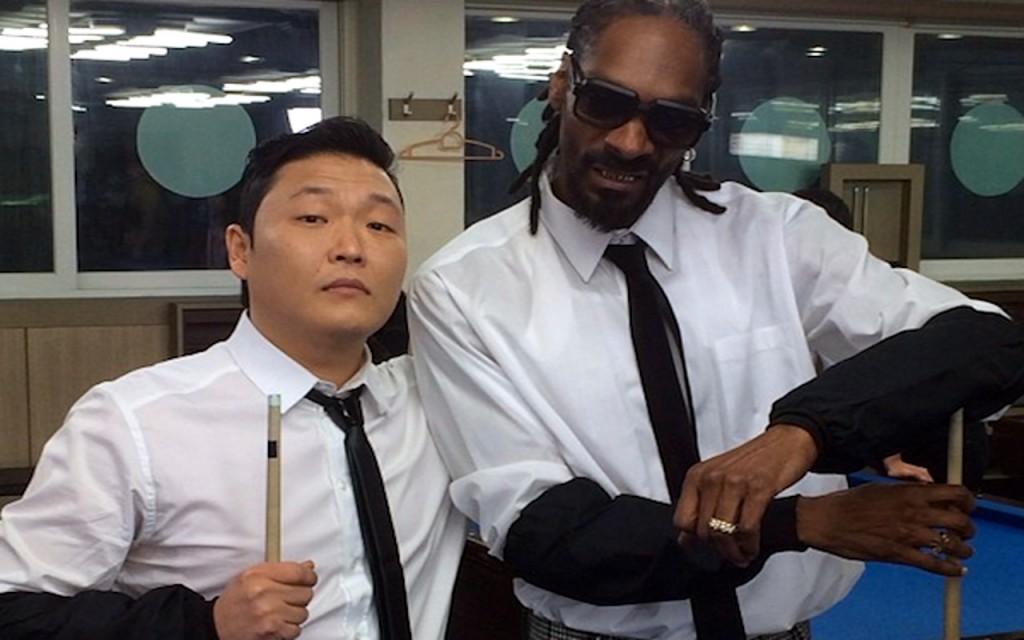 PSY said to MTV recently, of “Hangover”; “What I thought was I should refresh myself, and people, that I’m doing something different, so I thought about maybe changing genres.” The song, with its old school 808 beat, may very well be a departure for the Korean rapper; but having only ever heard two of his songs previously, we’ll just take his word for it here.

Once the song’s “hangover” hook was established, PSY had a revelation; “After that hook part was done, right away I thought about Snoop Dogg. He’s hanging over every day, so, wow, I should call him!”

And call him he did.

Join the millions who have already done so in viewing “Hangover” for yourself below, and then head on over to Snoop’s and PSY’s PeekYou profiles, for tons of links to mountains of media; including songs, videos, interviews, articles, and so much more