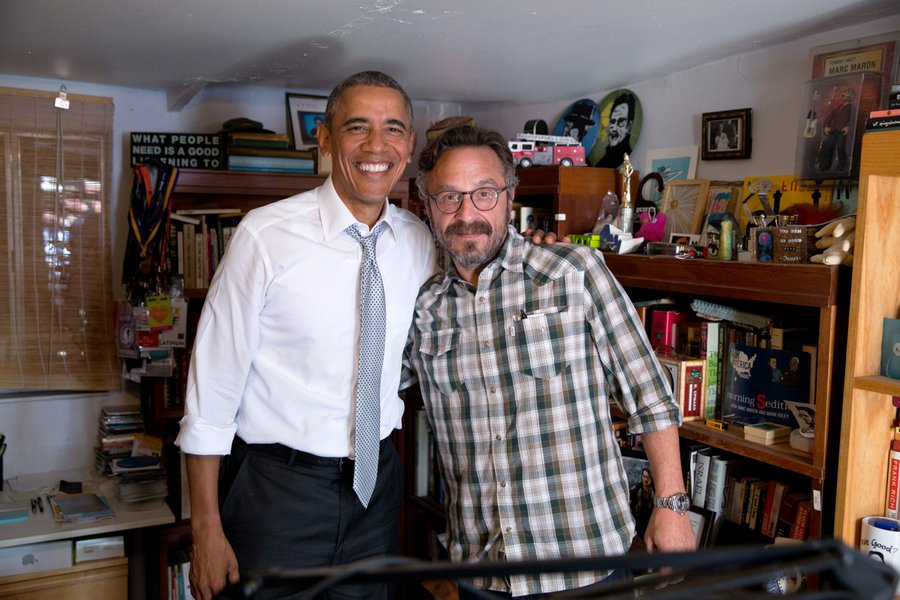 Last week, President Barack Obama paid a visit to the garage of standup comedian Marc Maron, to appear on the latter’s extremely popular WTF with Marc Maron podcast; the recording of which hit the Web on Monday.

Maron has been hosting his podcast for nearly six years, and over that time it has grown from a being a humble and homegrown affair — focused on interviews with standup comics (and a dissection of the form) — to being one of the giants of the podcasting medium. While A-listers and legends like Louis C.K., Bob Newhart, and Mel Brooks have all been guests, it goes without saying that Mr. Obama is kind of the biggest “get” of all.

Maron is an unabashed and outspoken liberal, and once was an on air personality on the now defunct Air America progressive radio network. Still, the WTF podcast generally concerns itself more so with the personal and professional lives of its guests than their political leanings.

The President, of course, has previously appeared on comedian Zach Galifianakis‘ satirical online talk show, Between Two Ferns. His appearance on Maron’s podcast, however, was  more sober, candid, and reverent than that memorable visit.

The New York Times ran an interview with Maron wherein he discussed this landmark moment in his career here, you can check out a captioned photo gallery of the visit here, and you can listen to the podcast itself here.