Olbermann Says Jeter Not All That 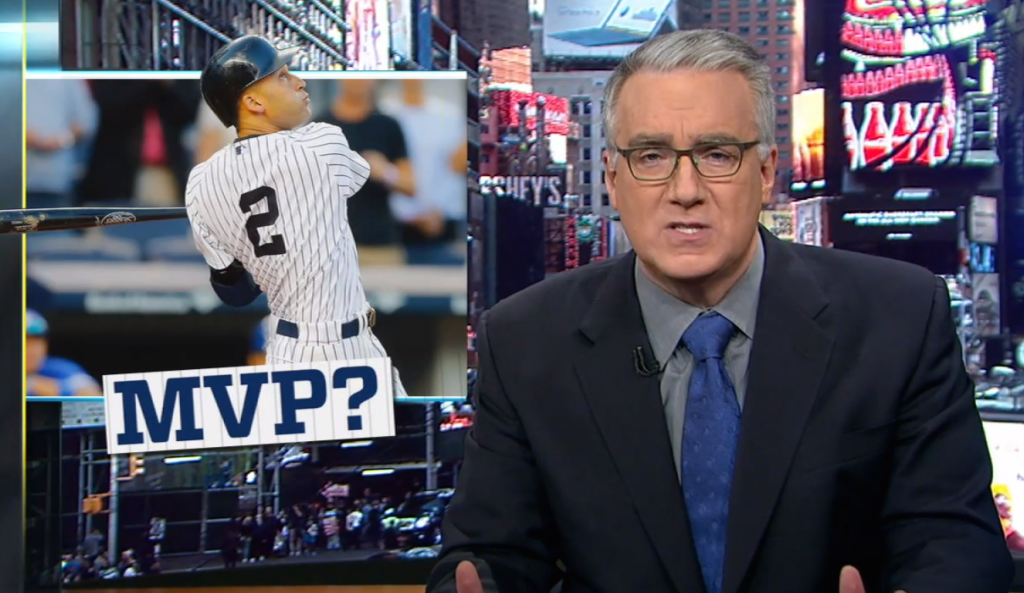 Those of us who are not sports fans know quite a few luxuries. Chief among these are that we are not required to have any sort of opinion on Derek Jeter, and that we can pretty much forget altogether — if so inclined — that Keith Olbermann ever existed; his 2008 media moment now a distant memory.

For this moment, however, the bliss of the non-sports fan might be shattered as this story below is trending.

If you pay even passing attention to baseball, then you’re probably aware of the rapidly impending retirement of long-time New York Yankees shortstop, Derek Jeter, at the close of this season. Much ballyhoo has been made, tears shed, and tribute upon tribute has been thrust upon the public. Mawkish and annoying from the point of view of a non-sports-fan, but such sentimentality, mythologizing, and the canonization of mortals just comes with the territory. Right?

Well perhaps, but Olbermann — as he shared during his ESPN2 show Olbermann, on Tuesday night — doesn’t believe that Jeter is personally deserving of the “endless victory lap” and “this force-fed adulation of a player.” A player Olbermann stresses is “excellent and long-serving,” but not only not one of the sport’s all-time bests, not even one of the top players in the history of the Yankees.

Olbermann’s assertions are backed up by statistics, and a whole lot of that purple ranting that made ol’ Keith briefly a household name back at the close of the last decade, when he left sports punditry for the political kind. You can check it out for yourself below, and see what Sports Illustrated has to say on the subject here.