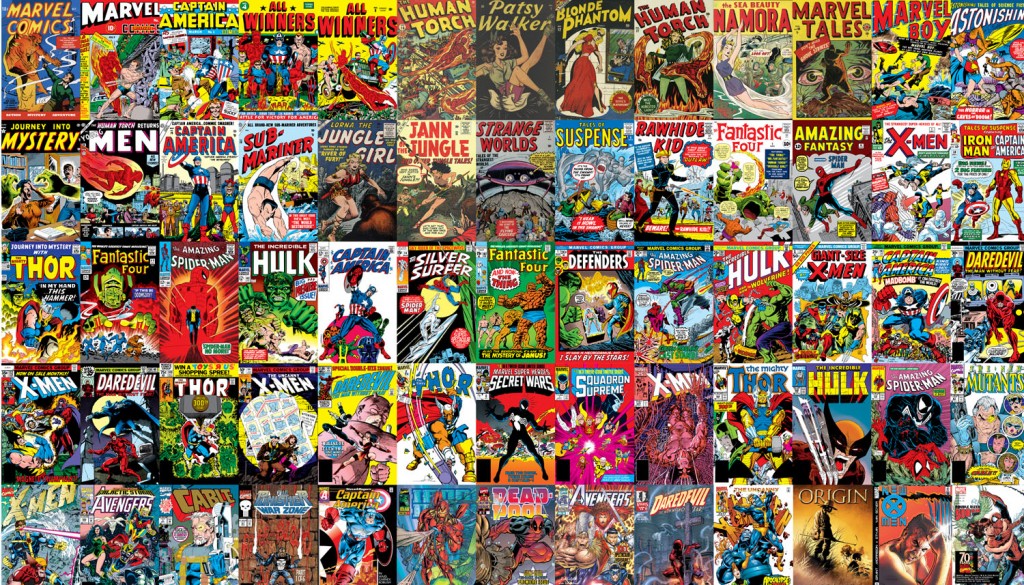 With the enormously well-attended New York Comic Con now well and fully underway in PeekYou’s hometown, and with the whole danged world continuing to be superhero happy, it appeared an especially excellent time to revisit and revive this list.

Unlike its San Diego counterpart — which has for many moons been an all-encompassing pop culture gathering with comic books being only one facet — NYCC has seemed determined to keep proper comic books, and the pop culture they specifically inspire, as its focus.

Still, much from the greater “genre entertainment” sphere — sci-fi and fantasy TV, video games, books, and films — is represented, and more so now than ever A-list celebs will pop their heads in to promote this thing or that at the New York con. Indeed, already this week NYCC has seen an appearance from the likes of George Clooney (which you can read about here).

To return the discussion to the source, and to be “pure” in our acknowledgement of this attention-grabbing event, we bring you this; an exploration of the niche concern from which the much more lucrative industry of 3D IMAX, “grown men gallivanting in tights” epics sprang forth. Here are 10 of the most widely respected and beloved living (mainstream, superhero) comic book artists.