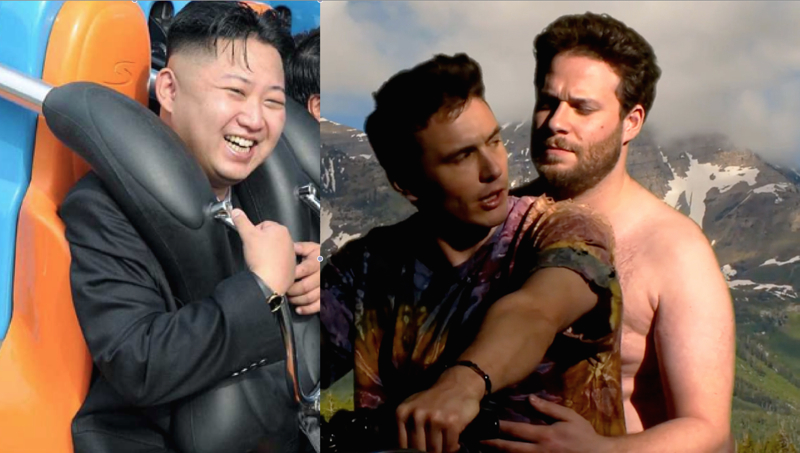 NOTE: THIS ENTRY CONTAINS AN UPDATE BELOW.

The condemnation, communicated by the executive director of The Centre for North Korea-US Peace, Kim Myong-choi, specifically relates to Rogen and Franco’s upcoming film, The Interview. The comedy, which will be in theaters this fall, stars the pair as two TV professionals tapped by the CIA to assassinate the hermit kingdom’s supreme leader, Kim Jong-un (PeekYou profile here).

Myong-choi, who is an unofficial spokesman for the Pyonyang regime, criticized the film as revealing “the desperation of the US government and American society.” He went on to call the flim’s plot “ironic” in light of what he believes to be U.S. foreign policy.

In an interview with The Telegraph, Myong-choi said, “A film about the assassination of a foreign leader mirrors what the US has done in Afghanistan, Iraq, Syria and Ukraine.” Adding, “And let us not forget who killed Kennedy – Americans. President Obama should be careful in case the US military wants to kill him as well.”

Ever the wiseguy, Rogen tweeted the below in response:

You can see where we’ve blogged of Rogen and Franco in the past here, and you can see the best of what the Web has to offer regarding their lives and careers at their PeekYou profiles.

UPDATE: A statement has been released  from an unidentified foreign ministry spokesman, speaking on behalf of North Korea. The spokesman is quoted as saying, “The act of making and screening such a movie that portrays an attack on our top leadership… is a most wanton act of terror and act of war, and is absolutely intolerable.” They added that unless release of the film is blocked, retaliation will be “resolute and merciless.” Read more at the Guardian here