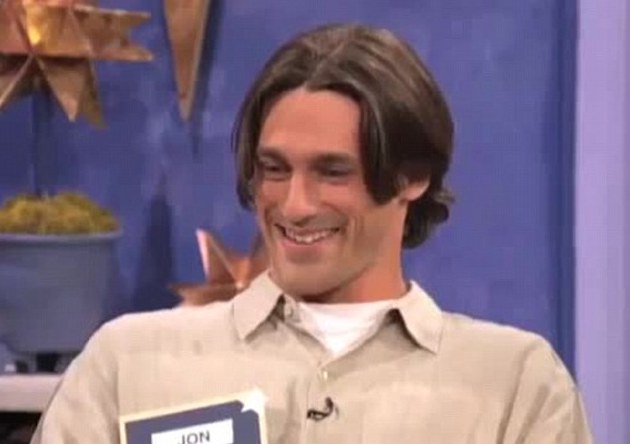 Folks on the web are behaving as though this clip is far more damning than it actually is. It’s already well know that, since the days of The Dating Game, these types of shows have been employed as a platform for out-of-work actors to get their mugs onscreen. Also, in the appearance itself, we think he looks good — if dressed in a dated fashion — and comes off as no more terrible than you’d generally expect from this sort of thing; accepting that struggling, 20-something actors are going to be somewhat insufferable.

A far cry from his star-making turn as the debonair and troubled Don Draper? Perhaps. But, for an earth-tone draped, center-parted appearance on a syndicated dating show, we’ve seen worse. Judge for yourself, and then peruse the modern-day Man of Ham’s substantial online existence via the hundreds and hundreds of links to be found on his PeekYou profile.