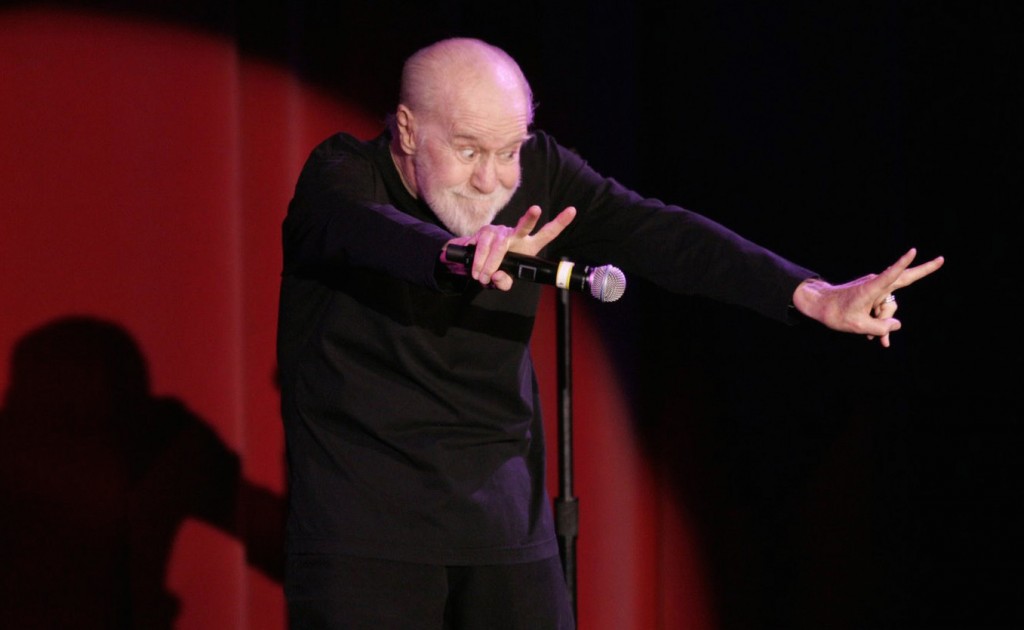 George Carlin, the late, legendary comedian, is — as has been said repeatedly elsewhere — finally getting his own “Way.” George Carlin Way, to be exact.

The hugely influential New York comic — who died in 2008, at age 71 — grew up on West 121st Street, between Broadway and Amsterdam Avenue, in Manhattan’s Morningside Heights.

The neighborhood, and his upbringing in it, loomed large in his comedy. “That neighborhood meant so much to him that he continued to be friends with all the people he grew up with, and hung on corners with and got into trouble with,” Carlin’s daughter, Kelly, told New York’s 1010 WINS. “[He] spoke a lot and often and very fondly about that neighborhood.”

On Wednesday afternoon, a sign went up on the block Carlin once called home naming it George Carlin Way. NYC’s Mayor Bill de Blasio signed-off on the naming this summer after a nearly three-year petition drive.

The ceremony was attended by many big comedy names, including Colin Quin and Gilbert Gottfried.

“The quote that’s most important that George Carlin said is that it’s the duty of a comedian to find out where the line is drawn and deliberately step over it,” Gottfried said.

Here, in his own words, Carlin speaks candidly on his life and work: