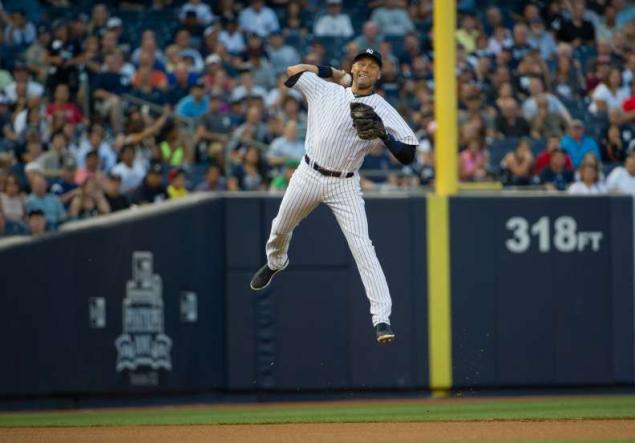 Nike has seized upon this moment by creating a guest-star packed commercial which pays tribute to the five-time Gold Glove winner.

Last year’s MLB All-Star Game was used as a sort of tribute to then departing and beloved relief pitcher Mariano Rivera (also a Yankee), and another such tribute is expected for Jeter at this year’s All-Star Game on Tuesday.

The commercial shows an array of individuals, famous and otherwise, tipping their hats to the widely-respected Jeter; including Michael Jordan, Rudolph Giuliani, Jay-Z, and even (grudgingly) a pair of Red Sox fans.

Check it out, and visit Derek’s PeekYou profile for links to loads of media related to this American sports legend.