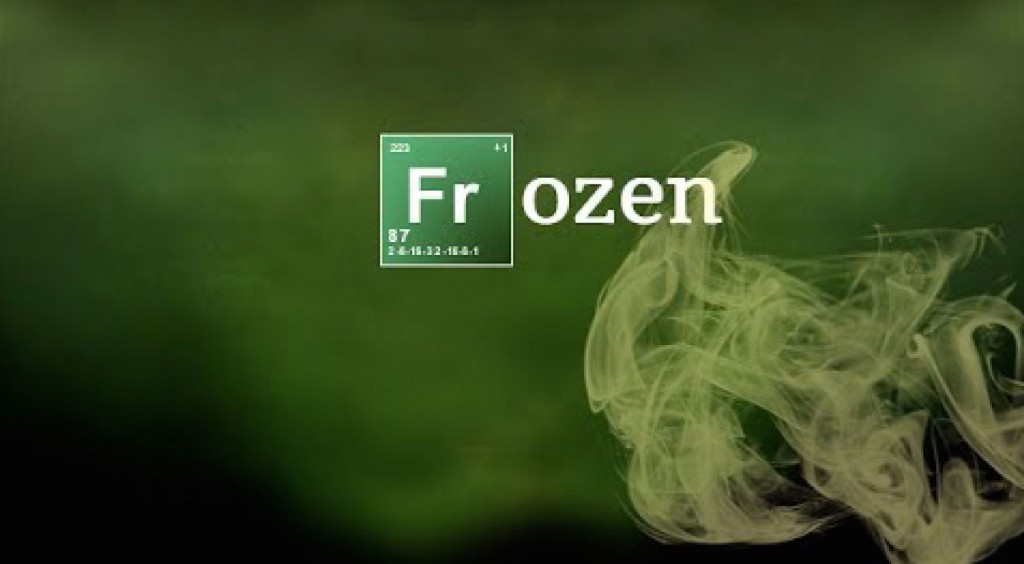 We’re not sure this will be of even passing interest to you if you’re not already familiar with Breaking Bad and Disney‘s Frozen, but as the likes of that are few and far between, we figure it’s safe to share this here.

AMC‘s mega-Emmy winning, feverishly devoted cult followed, and sorely missed Breaking Bad has been parodied to death. Disney‘s Frozen has been paid tribute countless times, both reverently and as parody, across the Web seemingly since the day it was released. And as you can see here and here, the two have even been mashed-up previously.

But this week a new video, reminiscent of a South Park musical extravaganza, called Do You Want to Build a Meth Lab?, has racked up over 1.5 million views in just two days.

The video contains many, vastly significant Breaking Bad spoilers (and could potentially spoil Frozen as well, for that matter), so if you’re not acquainted with the show we highly recommend steering clear. It also contains major adult themes, profanity, and generally grim subject matter (just like Breaking Bad) so we warn you to only proceed if such things are appropriate for you.