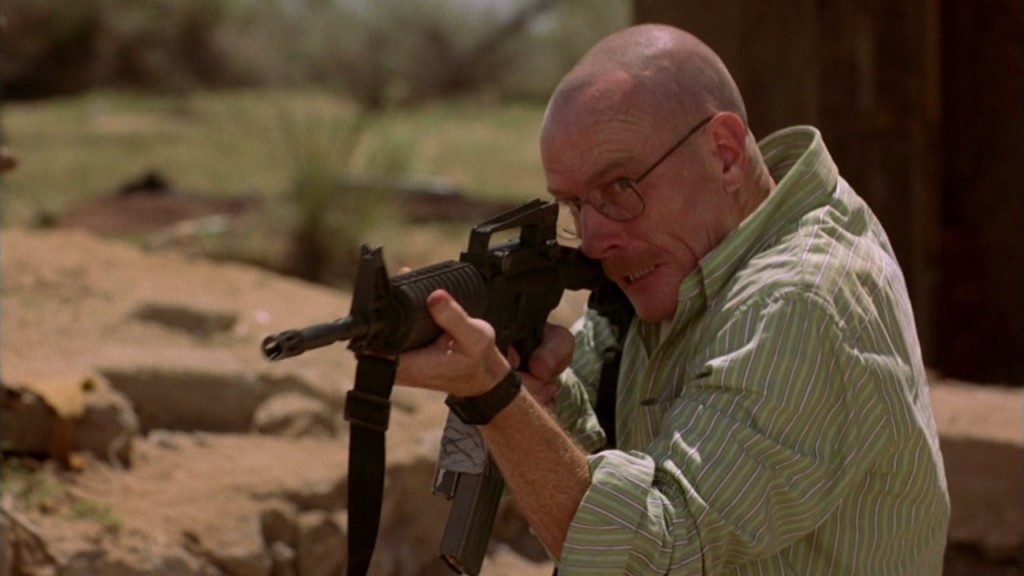 On Thursday night, CNN‘s Ashleigh Banfield had former Breaking Bad star, Bryan Crantson (PeekYou profile here), as a guest. Something Cranston said during his appearance, most certainly in the spirit of fun, and very possibly without considering the reaction it would engender, has the Internet buzzing today.

The exchange, which is both quoted and included in the video below, contained MAJOR SPOILERS, so discontinue reading now if such things are of concern to you. But basically, Banfield wanted to share some thoughts she had on the program’s finale, and then followed them up with a question we’re sure Bryan’s heard before:

Banfield: I’m going to ask you, really, seriously, I wasn’t so sure that you died, I really wasn’t. Your eyes were open and I thought, ‘what if the police just take him into custody, he gets better, breaks out and just goes nuts?’

Cranston: Hey, you never saw bags zip up or anything.

Banfield: Is he dead?

Banfield: No movie? No nothing? No Walter White ever again?

So, that’s that. A non-story surely, but something to give folks a smidgen of false hope on a Friday morning. And an excuse for everyone, including us, to write about one of the Internet’s favorite TV shows of recent years.

Crantson’s Breaking Bad sidekick, Aaron Paul (PeekYou profile here), went on the record earlier this spring, saying that he’d happily reprise his Jesse Pinkman character in Saul if asked. There’s been no further reporting on that story, but we wouldn’t be surprised to see him turn up.

All PeekYou profiles linked to above will yield much digital fruit for the fanatic and curious passerby alike; as they will lead you to a vast array of links to social pages, videos, photos, interviews, articles, and much more.

Check out the interview below.