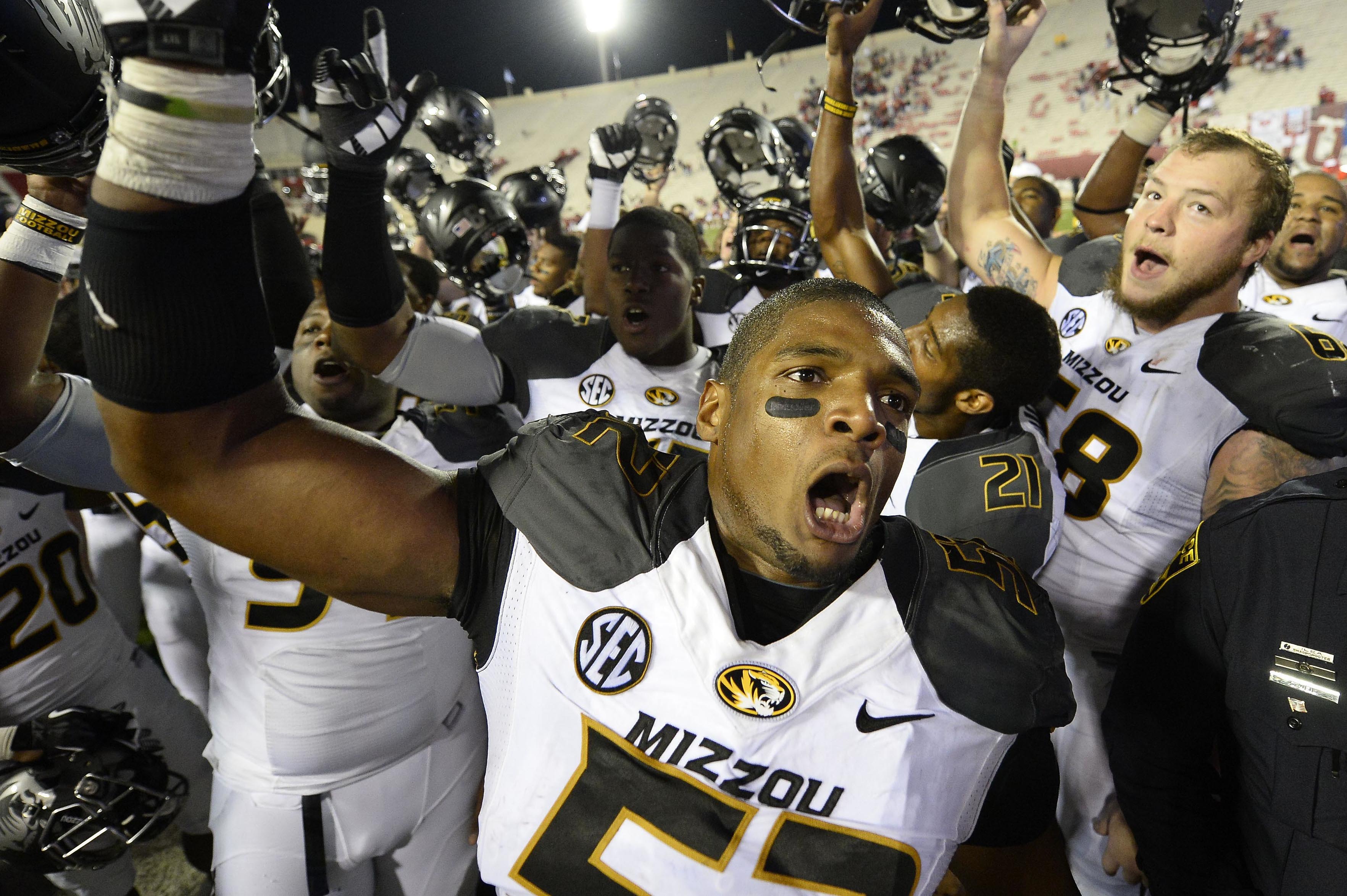 In order to pare down their squad to the NFL‘s 53-player limit, the St. Louis Rams wound up cutting Michael Sam; the all-American defensive end from Missouri, and the first openly gay player to be selected by an NFL team.

The Rams made history when they drafted Sam this past spring.

“I will tell you this: I was pulling for Mike; I really was,” said Rams Coach, Jeff Fisher. “And I don’t say that very often. But I was — Mike came in here and did everything we asked him to do.”

A first-team all-American while a senior at Missouri, Sam was named the Associated Press defensive player of the year in the Southeastern Conference.

Sam was drafted late in the 7th round, the 249th player picked out of 256. He was not, it must be noted, the only rookie released by the Rams on Saturday. Other late-round draft picks — including quarterback Garrett Gilbert, safety Christian Bryant and offensive tackle Mitchell Van Dyk — were cut as well.

Briefly, in support of Sam’s bravery and the historic nature of his being drafted, sales of Sam’s jersey were second only to those of Cleveland’s Johnny Manziel, in terms of rookie jerseys.

“There’s no challenge with respect to Mike Sam,” Fisher also said. “He’s not about drawing attention to himself. He kept his head down and worked, and you can’t ask anything more out of any player for that matter.” He acknowledged that he may very well be snatched up by another team.