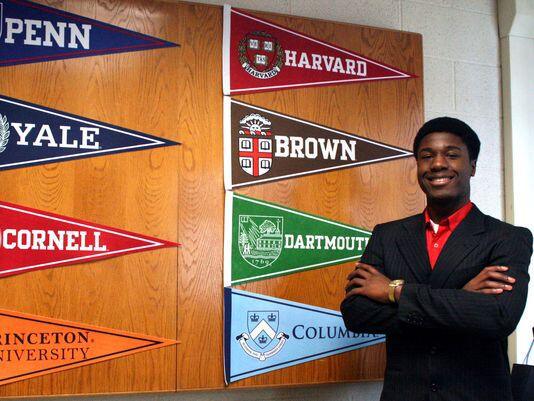 Kwasi Enin (PeekYou profile here) is a Long Island, NY high school senior who, like many others his age, is focused on getting in to a good college. Unlike the majority of his peers, however, he’s been accepted into at least eight of them; the entire Ivy League, in fact.

Apparently almost on a lark, hopeful that he might get at least one acceptance for the effort, Kwasi applied to all eight of the institutions that comprise the northeastern United States’ elite Ivy League; Brown, Columbia, Cornell, Dartmouth, Harvard, Princeton, Yale, and the University of Pennsylvania. All, of course, among the world’s finest universities. What took him entirely by surprise, however, was when — as he himself put it — “the yesses kept coming.”

A first generation American son of immigrants, Enin says that at this point he’s leaning toward Yale (PeekYou school search here), but that he still has yet to decide.

For more coverage of Kwasi’s quite remarkable feat, visit his PeekYou profile.