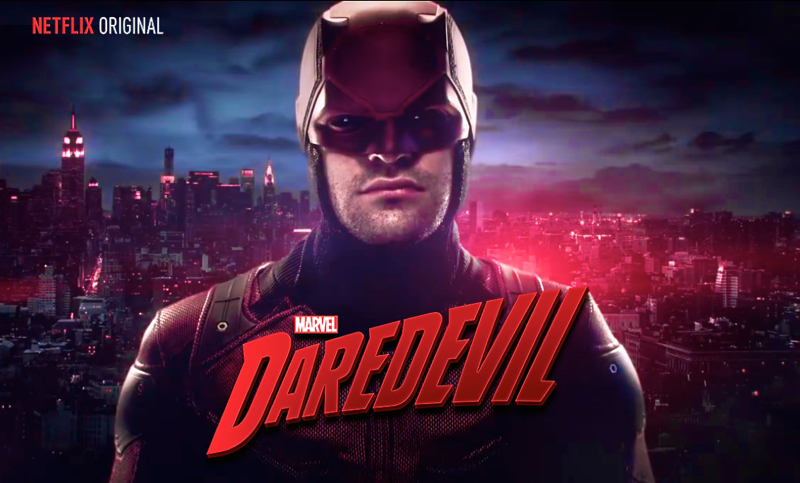 As of Friday, the pop culture juggernaut that is Marvel Studios (and their parent company, Disney) will have made their first leap into the realm of streaming video, with the hugely hyped, Netflix original series Daredevil.

As is the case with most Netflix produced series, the show is being made available in its 13-episode entirety all at once; guaranteeing that this gorgeous spring weekend will for some involve more couch surfing than is advisable.

While not the modern Marvel‘s first foray into TV (that honor belongs to Agents of S.H.I.E.L.D., and the subsequent Agent Carter), initial press suggests that it may be their first stab at a more serious, “adult”-toned production.

The titular “Man Without Fear” — who was created in the early-60s by former Marvel guiding light Stan Lee, and artist Bill Everett, with input from the legendary Jack Kirby — is portrayed in this production by British actor Charlie Cox.

Daredevil’s alter-ego is lawyer Matt Murdock. Murdock is a native of New York’s troubled Hell’s Kitchen neighborhood. Murdock was blinded in a radioactive accident — an injury of a sort familiar to many Marvel heroes — which took his eyesight, but heightened his other senses. He uses these super senses and his acrobatic agility to protect his neighborhood from the shenanigans of the gangster heavy, Kingpin; portrayed here by Vincent D’Onofrio.

Review aggregator Metacritic has calculated the critical response to be generally favorable, finding the series to have a Metascore of 76. We here haven’t had a chance to watch it yet, what with our jobs and all, but will certainly be doing so this weekend.