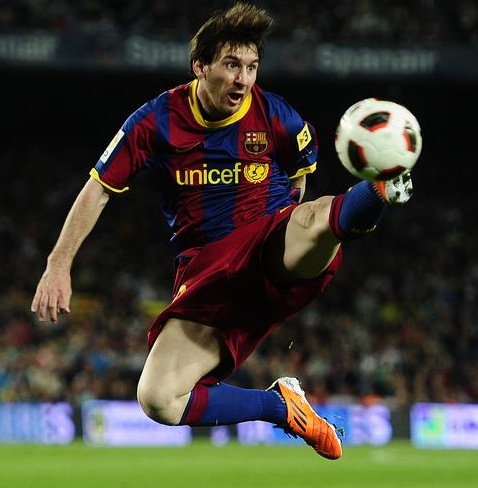 CNN goes a bit more into depth about things here.

Messi, at a mere 26 years of age, is no stranger to breaking records (although, as of this writing, he is only the Internet’s second most prominent soccer player, by PeekScore). This latest triumph has found him exceeding, by two, a record of 369 goals, set by Barcelona‘s Paulino Alcantara’ who played for the team between 1912 and 1927.

We’ve got a bit of a highlight reel below, and you can find a heck of a lot else — interviews, articles, Leo’s own social pages, websites, photos, many other videos, and much more — at Messi’s PeekYou profile.