Learn About ‘The Book with No Pictures’ 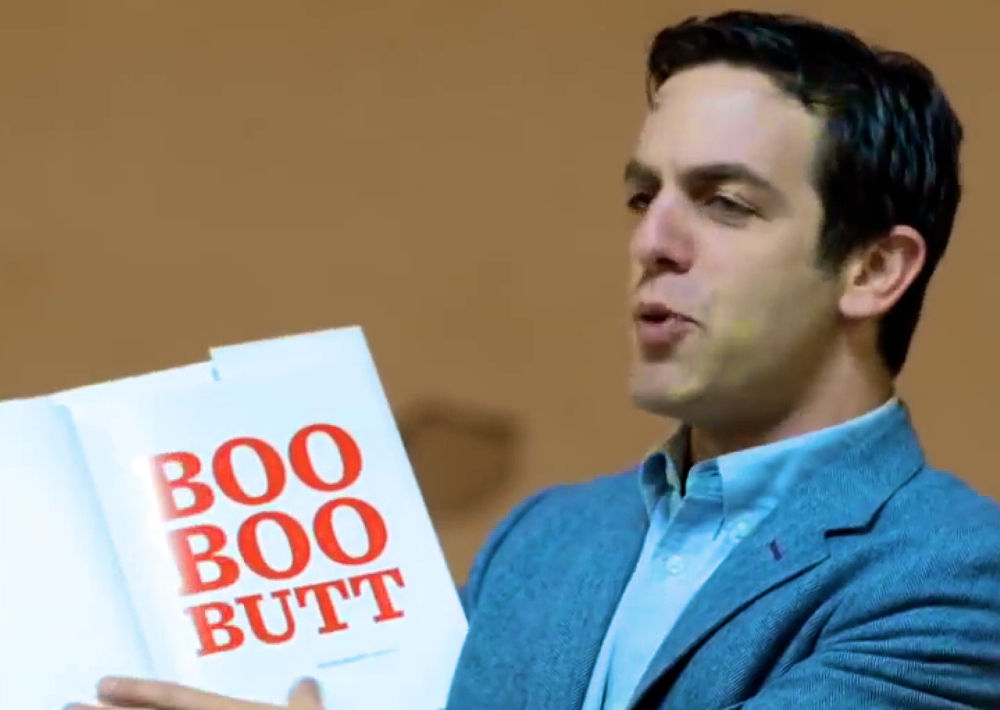 While likely best recognized for his many years portraying Ryan Howard on the American version of The Office (on which he was also a writer for the show’s entire run), B.J. Novak has recently been finding great success as an author.

An author of books for both grown-ups and children. Different books, one for each.

Back in February Novak released One More Thing: Stories and Other Stories, a collection of short pieces that was generally well-reviewed, and found its way to the New York Times bestsellers list.

Now, however, B.J. has been making waves with a different kind of book, and one perhaps altogether more impressive; The Book with No Pictures. This latest offering is a children’s book that ingeniously promises something potentially boring to its intended audience — a book with no pictures — but instead, due to the words it chooses (and the typography used), delivers an experience which both compels kids to read while having them in hysterical fits of glee.

The book creates an interactive experience between reader and audience, and as the video below illustrates (now with over 1 million views), it engages its audience as few things can. And it does this all as a book with no pictures.

Check it out, and explore Novak’s additional exploits — literary and otherwise — via the many links to be found upon his PeekYou page; accessible by clicking his highlighted name above.