Kristen Wiig and Ellen do ‘Let it Go’ 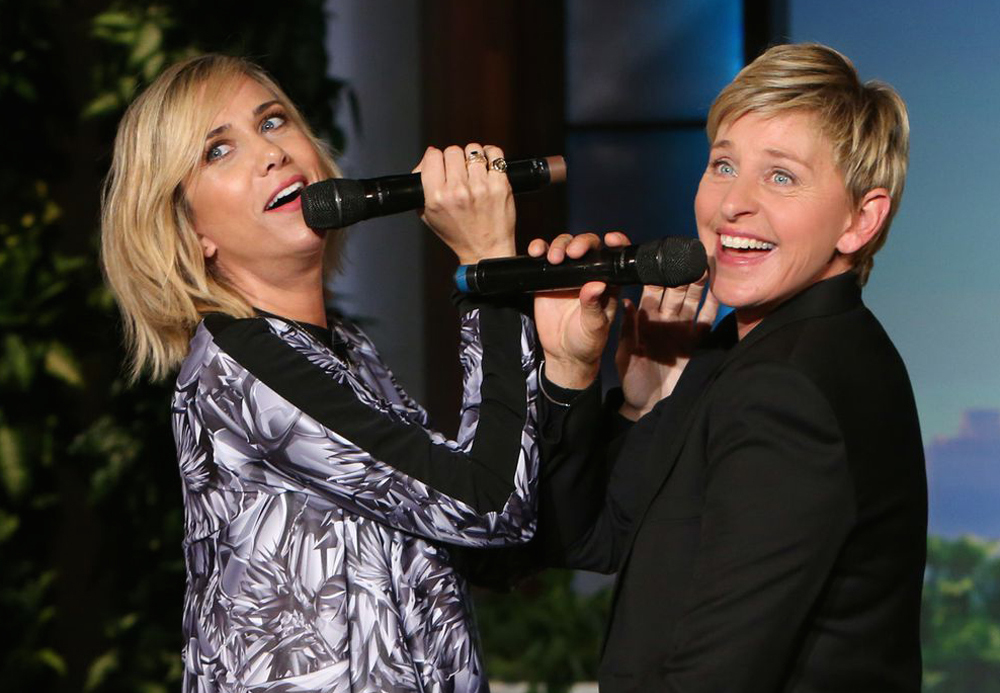 Chances are, since you’re a presumably living, breathing entity in 2014, that you’re at least a little familiar with the song “Let it Go,” from the immensely popular Disney animated flick, Frozen.

Chances also are, since you’re on the Internet and presumably have been before, that you’ve seen numerous videos of individuals interpreting the song.

On The Ellen Show this week, comedian and actress Kristen Wiig was a guest. She and Ellen claimed unfamiliarity with this well-worn number — despite how nearly impossible that would be — and then gamely set about giving a performance the old college try regardless.

Believe their pleas of prior ignorance to “Let it Go”, or not, but enjoy the amusing performance below.

Clicking through on the highlighted name above, for either of these very funny women, will lead you to the corresponding PeekYou profile, from where you can find more laughs and the like.