Kevin Durant is Not ‘Mr. Unreliable’ 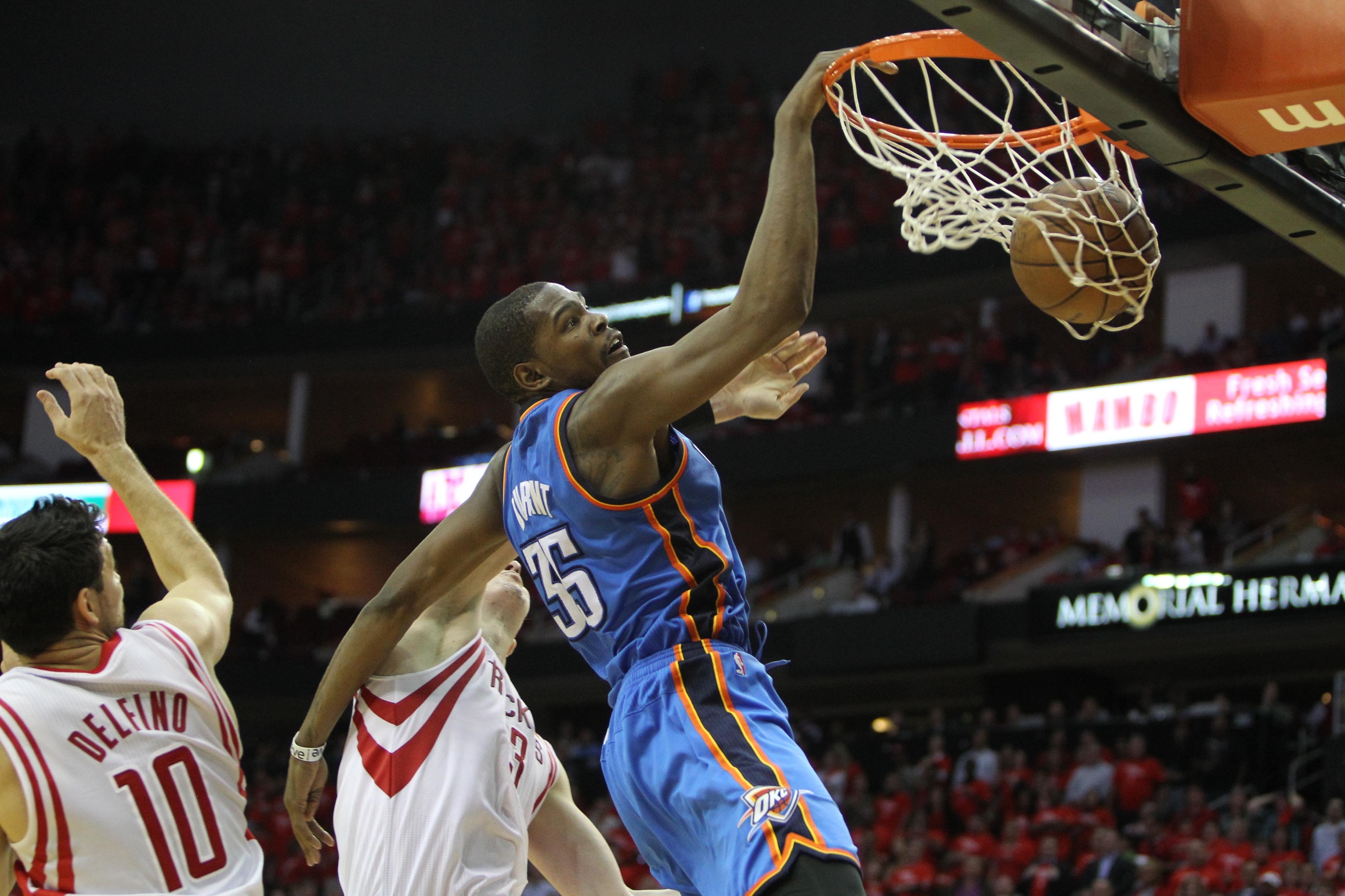 A heavy trending topic throughout the Web today has been the chilly treatment Oklahoma City Thunder star, Kevin Durant (PeekYou profile here), received on Thursday at the hands of his team’s hometown paper, The Oklahoman.

The paper took Durant to task in the wake of a possible season-ending loss against the Memphis Grizzlies. On Thursday morning the headline read, above a photo of Durant, in big, bold letters, ‘Mr. Unreliable.’

Oklahoman columnist, Berry Tramel wrote that Durant is no longer “Mr. Automatic,” but instead “unreliable.”

Durant went to the foul line three times – and made just one of two on all three trips, including a miss after Crawford’s interruption, when the Thunder trailed 100-99 with 27.5 seconds left in overtime, a score that held up at the end. For six years, Durant has shot foul shots on a string. Mister Automatic. Now he’s unreliable.

Right or wrong, as it could be suggested that no one should be immune to criticism, umbrage was taken throughout not only the city, but the entire country, in response to the headline.

Sports Illustrated explained Durant’s quite quantifiable reliability as such:

Durant, widely expected to be named NBA MVP this week, is shooting 88.2 percent from the charity stripe for his career, and 87.3 percent during the regular season, but went just 3-for-6 from the line in Game 5.

The paper has since apologized for the headline, with sports editor Mike Sherman saying that they “failed.” Adding that it was “overstated and unduly harsh,” and “left the impression that we were commenting on Durant’s season, career or even character. We were not. We were referring only to the Memphis series.”

The life and dazzling career of Mr. Durant — to whom you can SET YOUR WATCH — can be followed via the many links to be found upon his PeekYou profile; leading you to social pages, homepages, team pages, fan pages, videos, photos, interviews, and more.