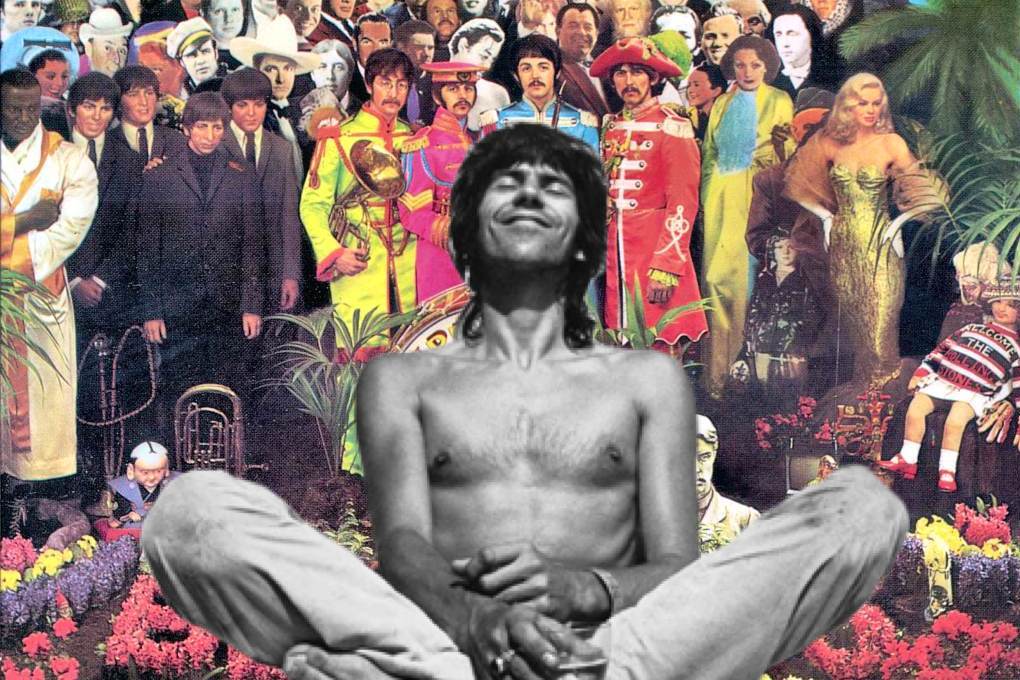 Good ol’ Keith Richards, guitarist for a little known London R&B combo called The Rolling Stones, is still alive and kicking, and capable of trending for having said something off-the-cuff of which folks on the Internet have decided to make a thing.

Past incidents have included Keef impugning the manhood of his band’s lead singer (a certain Sir Mick Jagger), and well… Saying other not nice things about the same fellow.

This time, however, he’s turned his critical eye toward his friends, colleagues, and chief British Invasion competitors, The Beatles, and their most widely celebrated L.P., 1967’s Sgt. Pepper’s Lonely Hearts Club Band.

The exchange, which comes from a brand-newly published interview with Esquire, goes as such:

ESQUIRE: I’ve been thinking about Rubber Soul, Revolver, Sgt. Pepper, and The White Album and listening to Beggars  Banquet, Let It Bleed, Sticky Fingers, and Exile on Main St. Over the past 20 years, I’ve  listened to that Stones stuff far more often.

KEEF: No, I understand—the  Beatles sounded great when they were the Beatles. But there’s not a lot of roots in that music. I think they got carried away. Why not? If you’re the Beatles in the ’60s, you just get carried away—you forget what it is you wanted to do. You’re starting to do Sgt. Pepper. Some people think it’s a genius album, but I think it’s a mishmash of rubbish, kind of like Satanic Majesties—”Oh, if you can make a load of shit, so can we.”

“Satanic Majesties” of course refers to the Stones’ own Their Satanic Majesties Request,, their entry in the psychedelic, concept album stakes that dominated popular music during the flower power and lysergic infused year that was 1967.

Anything rated as highly and praised as widely as Sgt. Pepper would nearly be by necessity overrated (oddly we might contend that Satanic Majesties is underrated, including evidently by Keith himself). But folks seem to be thinking this is newsworthy at the moment. We enjoy it as it gives us an opportunity to direct you to clicking the highlighted names above, and exploring the best of what the Web has to offer of these rock and roll titans via their PeekYou profiles.