Keaton and Burton May Return for Beetlejuice 2 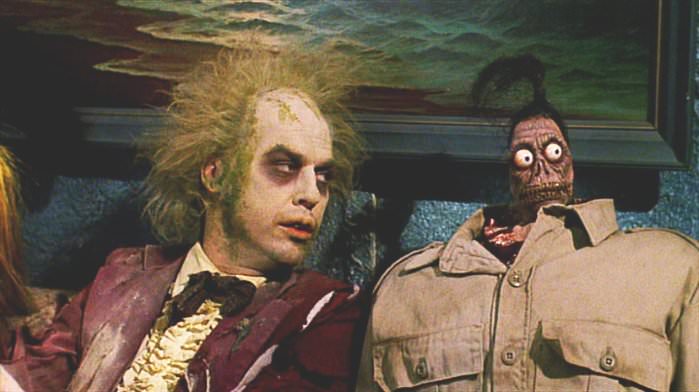 “I’ve emailed Tim a couple of times, talked to the writer a couple of times, but all really, really preliminary stuff until relatively recently,” Keaton is quoted as saying. Adding, “I always said that [Beetlejuice] is the one thing I’d like to do again, if I ever did anything again. But it kind of required Tim to be involved some way or another. Now it looks like he is involved. And without giving too much away, we’ve talked to each other, and emailed each other, and if he’s in, it’s going to be hard not to be in.”

In addition to the original Beetlejuice, Burton also directed Keaton in the massive hit Batman, and its slightly less successful sequel Batman Returns.

So, will Keaton’s obnoxious ghost return to wreak havoc on a middle-aged Alec Baldwin and Geena Davis? I suppose we’ll just have to stay tuned to find out.

In the meantime, however, the lives and careers of Misters Keaton and Burton — at least as they’re represented online — can be explored not by saying their names three times, but by visiting their PeekYou profiles; where social pages, websites, videos, photos, interviews, articles, and much more can be found.