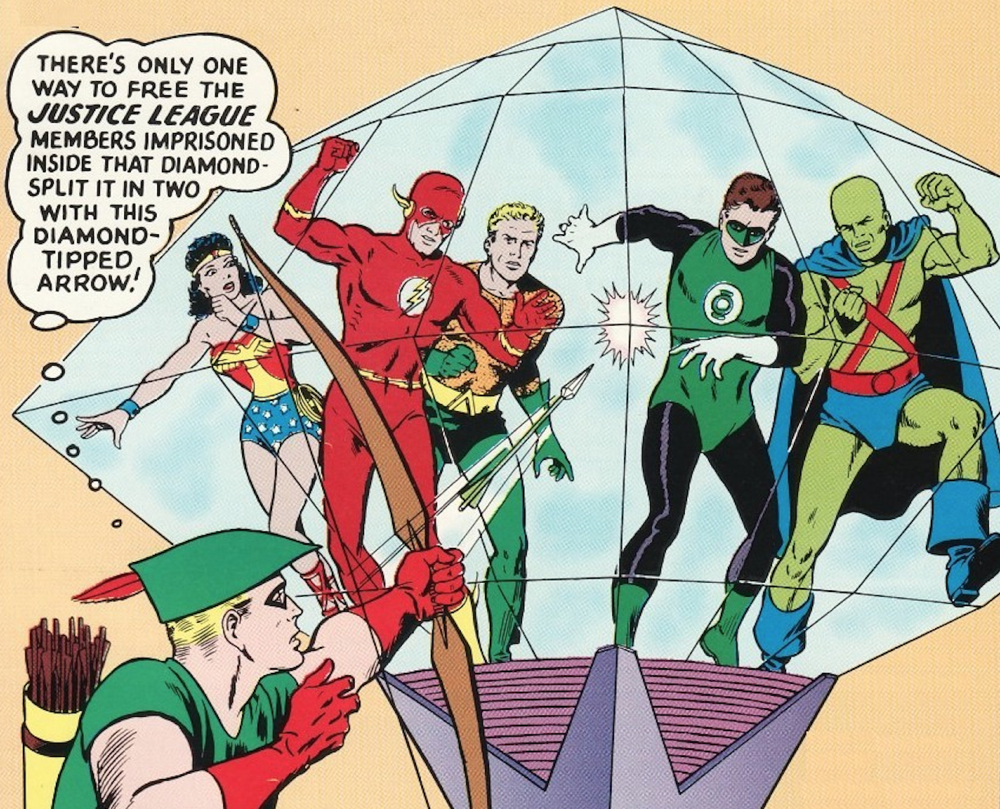 If executed as rumored, it seems the rather blatant idea is to duplicate the big-screen success of their chief publishing competitor Marvel.

The rumor floating around the Web this week is that at next month’s San Diego Comic-Con, Warner Bros. — who owns DC — will be announcing a full slate of upcoming DC Universe flicks; with a centerpiece Justice League movie to tie it all together, ala Marvel‘s The Avengers.

The veracity of the precise release schedule that has been making the rounds should be taken with a grain of salt, but it does give some indication of what heroes Warners may have planned as headliners:

Director Zack Snyder (PeekYou profile here), who helmed 2013’s Man of Steel, is currently in production on its follow-up — Batman v Superman: Dawn of Justice (with Ben Affleck as the caped crusader: Ben’s PeekYou profile here) — and has already been announced as directing the The Justice League film.

The long-anticipated Justice League of America — an adaptation of an all-star superhero title DC‘s been publishing in various forms since 1960 — had originally been announced as a 2018 release; starring Affleck, Steel‘s Henry Cavill, and Gal Gadot as Wonder Woman. So, the pushed-up release date — in addition to all these other titles — is potentially big news indeed.

DC has had somewhat recent success with Batman films, of course, and has done fairly well on the small screen; with shows such as Arrow and Smallville. But the emergence of Marvel‘s film division, and their seemingly unstoppable Avengers related movies for Disney — in addition to numerous non-Marvel produced hits, featuring Marvel characters (such as the X-Men and Spider-Man) — have made DC look like they’ve got a lot of catching up to do.

And now, as a bonus, a segment of the failed, and terrible, 1997 live-action Justice League TV pilot: