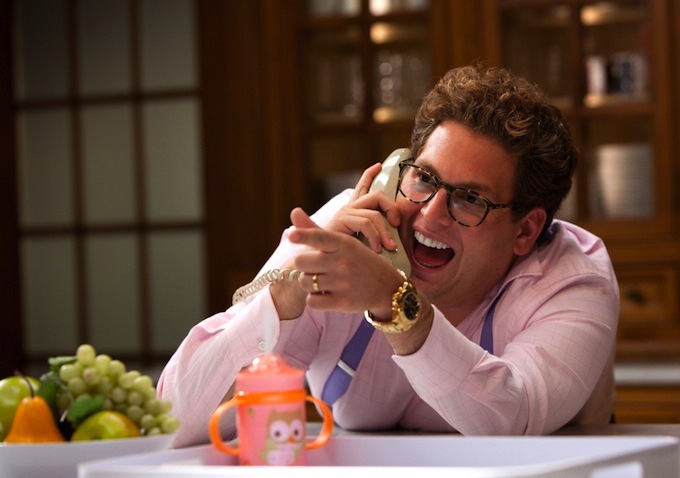 UPDATE (see below): Jonah appeared on The Tonight Show Starring Jimmy Fallon (PeekYou profile here) on Tuesday night to continue his tour of remorse. Check out the clip below.

“In that moment, I said a disgusting word that does not at all reflect how I feel about any group of people,” Hill said. Adding, “I’m not at all defending my choice of words, but I am happy to be the poster boy for thinking about what you say and how those words, even if you don’t intend them and how they mean, they are rooted in hate and that’s bull-@#$. And I shouldn’t have said that.”

Hill has long been quite outspoken and public in his support of gay rights, having even recently taken a stand against Russia’s anti-gay policies during the Sochi Olympics.

“It would break my heart to think that anyone would think, especially with all the work that I’ve done, that I would be against anyone for their sexuality.”

Here is the pertinent excerpt from the interview below. WARNING THIS CLIP CONTAINS LOADS OF PROFANITY. This is the satellite version of The Howard Stern Show here, so please be aware that the language used is deeply salty.

And here’s Jonah on Tuesday night’s episode of NBC‘s The Tonight Show: