Jon Stewart to Moderate the Next Presidential Debate? We say, why not? 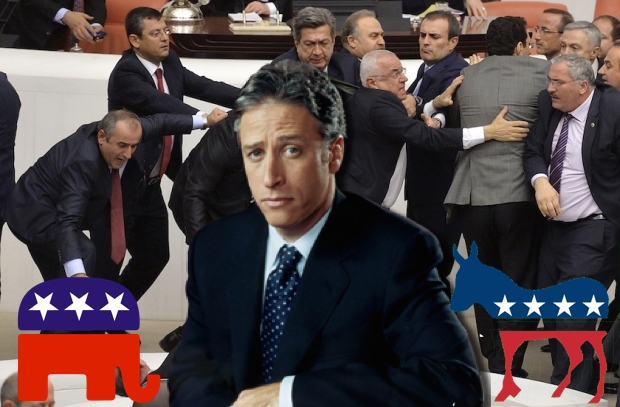 We knew it wouldn’t be too terribly long after Jon Stewart‘s highly hyped departure from Comedy Central’s nearly religiously devoted The Daily Show before we’d be seeing his name in headlines again.

But as we enter the every increasingly absurd circus that will be the 2016 presidential race, his self-righteous acerbic wit seems perhaps more apropos and even sorely missed than ever before.

To this end, the Stewart faithful have gone to Change.org — where such sorts go, to make with the change — with the following petition:

We hope it fairs better than the “Bring Back Hot Mustard and Chipotle” sauce back petition, or the one pleading to add Foxy to Smash Bros. Personally we think Stewart is not a legitimate journalist, but that said it makes him no less qualified to moderate one of these circuses. So, they have our symbolic signatures.