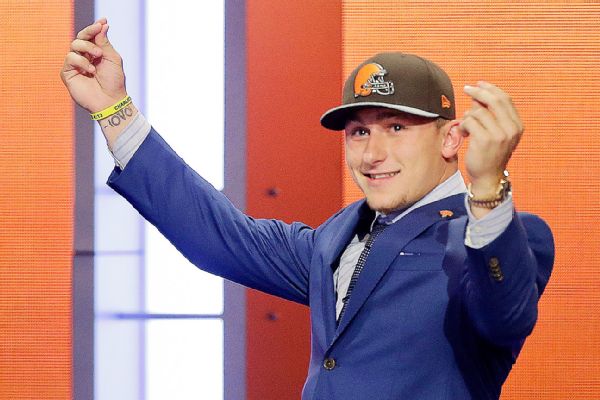 The Cleveland Browns‘ much-written-about quarterback, Johnny “Johnny Football” Manziel, whose rookie season just recently wrapped up, has announced that he’ll be entering rehab so that he may — according to a spokesperson — “be a better family member, friend, and teammate.”

Manziel entered treatment on Wednesday to work on, what an adviser has described as, “areas in which he needs to improve.” Adding, “he thought the offseason was the right time to take this step.”

The quarterback is said to be staying in rehab for at least a few weeks, depending upon the recommendations of doctors. This move is apparently entirely voluntary, and undertaken acknowledging that the high-living “Johnny Football” persona that has made him a favorite of the press — creating a distracting media circus for his teammates to tolerate — has maybe been impeding his abilities to deliver the goods on the field.

One source told ESPN.com that Manziel hopes to “figure out his value system.”

The team’s support for Manziel’s choice has been expressed through Browns general manager Ray Farmer. He released a statement which said:

We respect Johnny’s initiative in this decision and will fully support him throughout this process. Our players’ health and well-being will always be of the utmost importance to the Cleveland Browns.

We continually strive to create a supportive environment and provide the appropriate resources, with our foremost focus being on the individual and not just the football player. Johnny’s privacy will be respected by us during this very important period and we hope that others will do the same.

Manziel was selected by the Browns with the 22nd overall pick in the 2014 draft. He completed 18 of 35 passes for 175 yards in seven quarters, this season, before suffering a hamstring injury in week 16. He’s been one of the most talked about players of the year, but not so much for his dazzling performance on the gridiron.

You can read much more about this story at ESPN.com here, and you can explore the best of what the Web holds of Johnny’s life and career to date — in the form of social pages, videos, photos, articles, and much, much more — by clicking his highlighted name above and visiting his PeekYou profile.