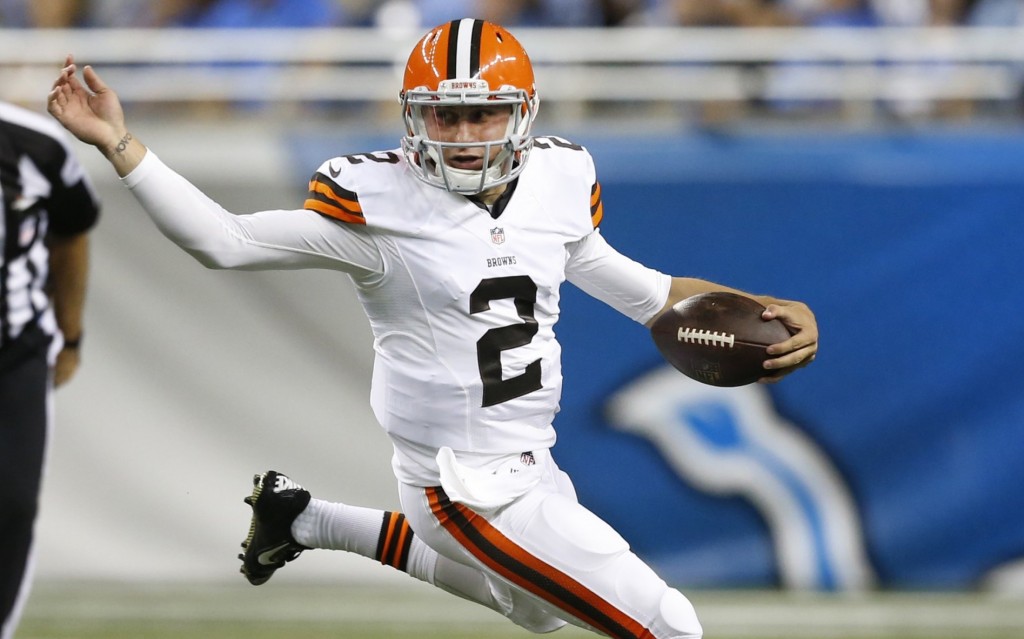 The Cleveland Browns played their second preseason game on Monday night, against the Washington Redskins (to whom they lost 24-23), with neither of their potential starting quarterbacks making much of a great impression.

UPDATE (8/20/14): Hoyer was named starter, which you can read more about here

Mega-hyped rookie, Johnny “Johnny Football” Manziel, and established Browns QB Brian Hoyer are each vying for the gig, but neither dazzled on Monday.

Hoyer only played in the first half, and completed two of six passes for 16 yards. The Browns also scored a field goal on a Hoyer-led drive. The offense, however, only moved four yards to get it.

Manziel, was no more impressive, connecting on two of seven passes for 29 yards in the first half (where he and Hoyer rotated).

Both Browns quarterbacks were sacked at least once each in the fist half, by Redskins linebacker Ryan Kerrigan. Manziel was in the game through to the fourth quarter, and finished completing 7 of 16 passes for 65 yards. Manziel threw an 8 yard touchdown pass in the 4th quarter to running back Dion Lewis.

While pleased with his touchdown drive, Manziel still said: “I wanted to be better. I wanted to complete more passes than I did tonight.” Hoyer shared of his own performance, “It probably couldn’t have been any worse. It’s disappointing. It’s embarrassing.”

Making headlines today, more than any play on the field, was a certain bird flipped at the Redskins bench, courtesy of the hand of Johnny Football himself. Manziel owned up to the gesture, and described it as a “lapse in judgment.” He added, “I should have been smarter… There’s always words exchanged on the football field.”

Browns coach Mike Pettine said of the middle finger, “It does not sit well. I was informed of it after the game. It’s disappointing. What we talked about is being poised and being focused. You have to be able to maintain your poise. It’s something that we’ll obviously address with him.”