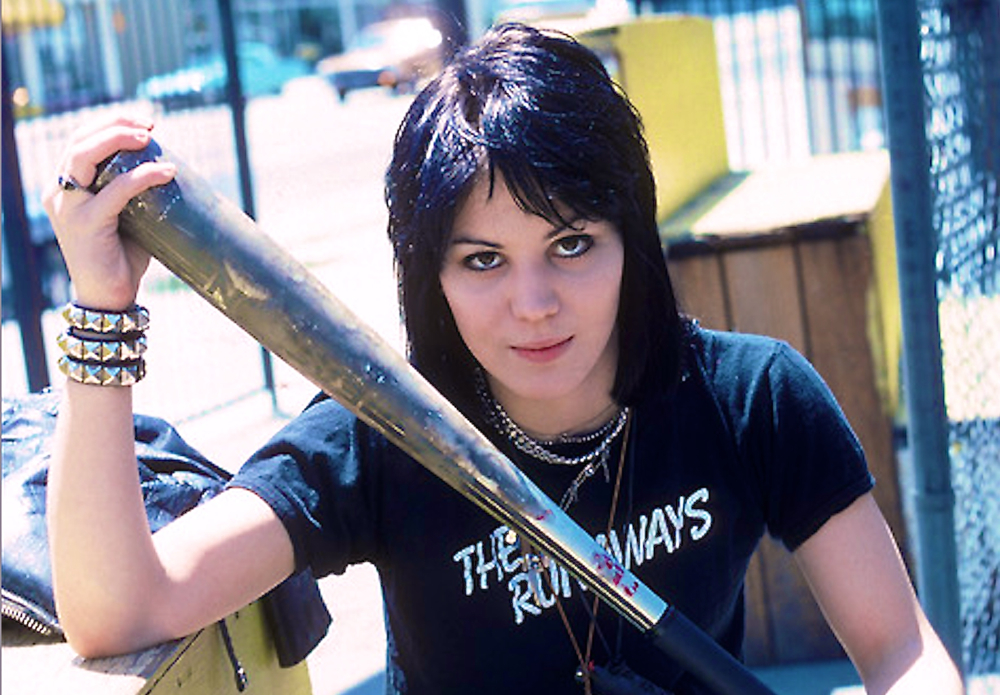 (Note: This entry has been amended with updates below.) As has already long ago been reported, theoretical spokesband of their slacker generation, Nirvana, is to be inducted into the Rock and Roll Hall of Fame during a ceremony to take place this Thursday in Brooklyn, New York.

Nirvana wil be joining the dubious, and somewhat arbitrarily curated hall alongside Kiss (about whose induction we’ve blogged previously here), Linda Ronstadt, Hall & Oates, and others.

As 20 years ago this week, Nirvana leader Kurt Cobain (PeekYou profile here) was found dead of a self-inflicted gunshot wound, the surviving members, Dave Grohl, Krist Novoselic, and Pat Smear, have reportedly enlisted the great Joan Jett (PeekYou profile here), of Blackhearts and Runaways fame, to accompany them during their performance. This is not yet confirmed, merely heavily rumored; such as by Billboard here.

The buzz surrounding this is an excuse to post a Runaways video — which we’ve done below — so we’re jumping on it. You can keep up with the assorted rock notables cited above via their PeekYou profiles; from which you’ll be led to social pages, homepages, music, videos, photos, downloads, articles, and much, much more.

UPDATE: During the actual ceremony, the former-Nirvana were accompanied by Jett, as well as Lorde, Annie Clark of St. Vincent, and Kim Gordon, formerly of Sonic Youth.

ANOTHER UPDATE: As reported here by Noisey, after the ceremony, the former Nirvana members took to Brooklyn’s small, Saint Vitus nightclub for a set of Nirvana covers featuring a full-roster of guest vocalists. Below is Joan singing Smells Like Teen Spirit.