Jared Allen Agrees to Four-Year Deal with the Chicago Bears 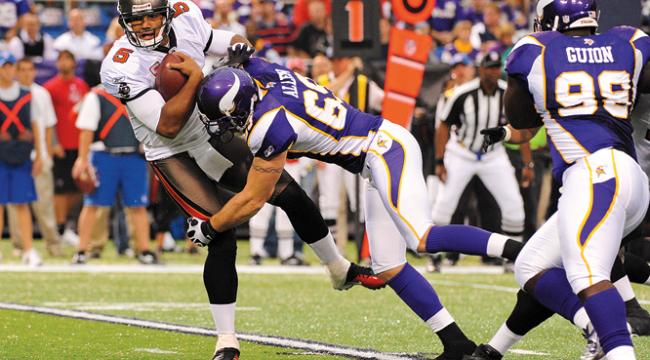 It was announced today that former Minnesota Vikings defensive end, Jared Allen (PeekYou profile here), will be making the Windy City his new home, while playing for the Chicago Bears; for what’s planned to be, at least, the next four years.

With much speculation flying around that the brash lineman would wind up in Seattle, this announcement came as a surprise to many. The deal is said to be for four years and worth $32 million, with a guarantee of $15.5 million. USA Today has more here.

A visit to Jared’s PeekYou profile will provide a great chance to keep up with this story, as well as explore his career to date, via the many links to be found there, highlighting the very best of what the Web has to share of his life and playing.