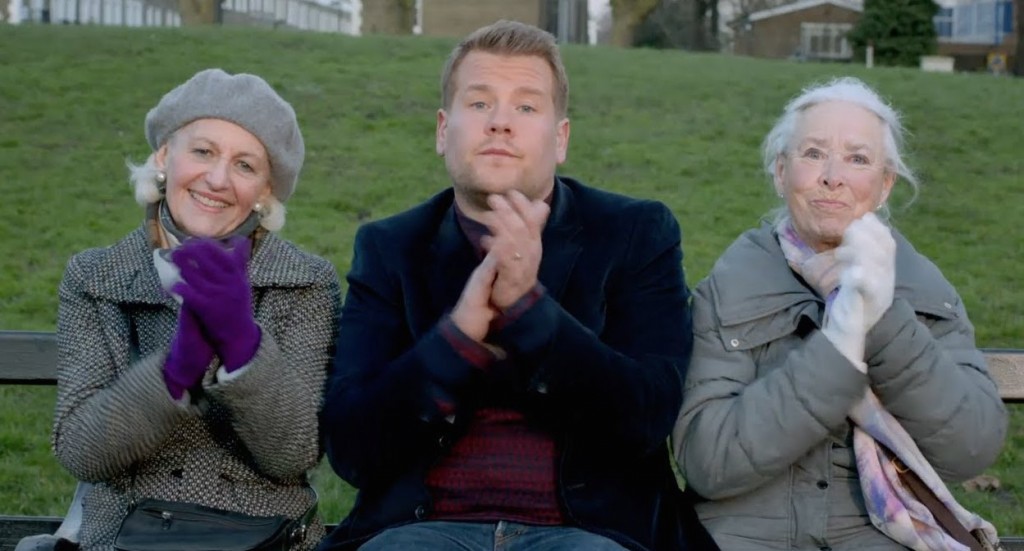 Not long after David Letterman announced his retirement from his long-running CBS late night show, his longstanding 12:30 follow-up, Scottish comedian Craig Ferguson, announced that he too would be stepping away from his talk show desk.

Well, now it seems we know who will be following Steven Colbert‘s incarnation of The Late Show when Ferguson bids his The Late Late Show farewell later this year; British comedian and actor, James Corden.

While not well known in the US, Corden is a bit of a household name in the UK. He might be best known in the states for the British sitcom Gavin and Stacey — for which he won a BAFTA for Best Comedy Performance — or for his guest spots on two episodes of Doctor Who. He also starred on Broadway in 2012, reprising his role from his huge West End hit One Man, Two Guvnors.

Entertainment Weekly provides a primer for the unfamiliar here.

His arrival on American network TV will roughly correspond with his Hollywood film debut, as Corden is also one of the star’s of Disney‘s adaptation of the hit musical Into the Woods, which opens in US theaters Christmas Day.

Below is a TV special, documenting a road trip shared by Corden and former Take That leader, Gary Barlow. And of course, clicking all the highlighted names above will lead you to other areas of PeekYou, from where you can be made to laugh and learn while exploring the far flung corners of cyberspace where these folks can be found.