Jackie Robinson to be Honored on 68th Anniversary 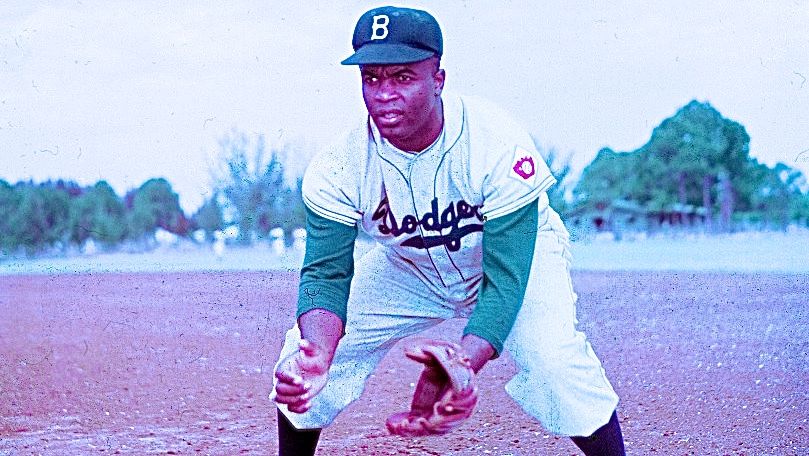 On Wednesday, the 68th anniversary of the day Jackie Robinson played his first game for the Brooklyn Dodgers — making him the first African American to play in the modern Major Leagues — will be celebrated in ballparks all across America.

For the day, every player in the league will wear Robinson’s iconic number 42 in honor of the man whose grace, courage, humility, and integrity helped change the face of not only baseball but of the entire country.

Among the day’s many special events will be the Civil Rights Game to be hosted in Los Angeles by Robinson’s former team, the Dodgers. Facing off against the Dodgers for this special game will be the Seattle Mariners.

The Civil Rights Game is in its ninth season, and was created to honor the legacy of Robinson and the countless others whose bravery and dedication — in the face of intolerance and ignorance — helped make America a better place. This is the Dodgers second time playing in the game, and the Mariners first.

Last year, USA Today wrote of the distressingly still existing racism in baseball, and throughout our culture, as well as the dwindling interest in playing the game among African American athletes; which you can read here.

Bleacher Report provides a round up of various ways the day will be marked throughout the sport here.

Jackie Robinson was one of the more important Americans of the 20th century. We would feel almost silly trying to sum up his significance, as well as what he symbolizes to our nation’s growth, here in this blog. But via his PeekYou profile — accessible by clicking his highlighted name above — you’ll be led to hundreds of links for articles, videos, and more, that document the life and career of this truly great man.