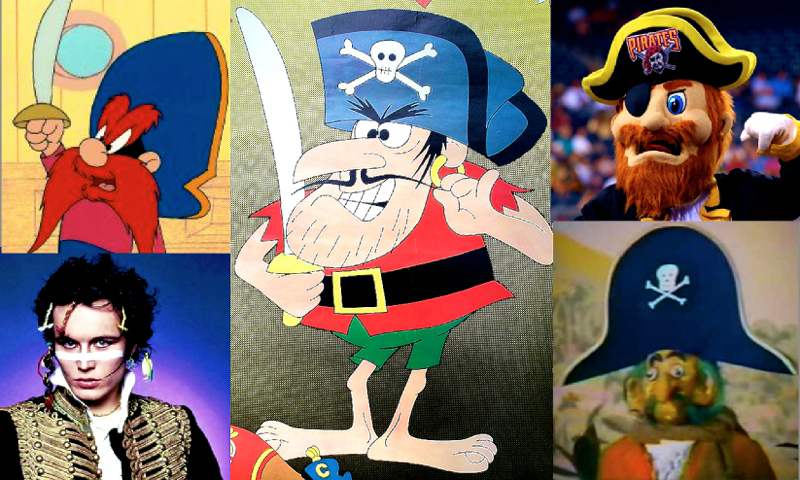 Splice the mainbrace, and kiss the gunner’s daughter, Saturday, September 19th is International Talk Like a Pirate Day, and ye are in for the keelhauling of yer lives.

A bit of a hackneyed and tired comic premise in modern times, cartoonish, storybook portrayals of 17th century pirates — those of the eyepatch and parrot, “Golden Age of Piracy” variety, whose high-seas reign of terror was long enough ago that we needn’t consider the actual atrocities they committed — are a source of great levity for some. The enormous success of Disney‘s Pirates of the Caribbean films — which we believe are up to about 15 or 16 movies by now, each earning around a billion dollars — surely supports this observation.

This day dedicated to antiquated vernacular was initially conceived during a racquetball game between good buddies John Baur and Mark Summers — a pair of self-proclaimed “guys,” “not men, with responsibility and suits and power ties,” as they’re quite careful to point out — in June of 1995. Once they decided it should be a holiday, September 19th was agreed upon due to it being the only date they could “readily recall that wasn’t taken up with something like Christmas or the Super Bowl or something.”

They celebrated the holiday in obscurity and relative solitude for the better part of a decade, until popular, nationally syndicated newspaper columnist Dave Barry caught wind of it in 2002. Barry dedicated an entire column to the then arcane holiday, and the thing snowballed from there, becoming a reliable trending topic across the Web each September since.

Here, in a clip from 2006, the two wisenheimers behind the whole deal regale ye with piratey talk, and summarize the entire ridiculous shebang.