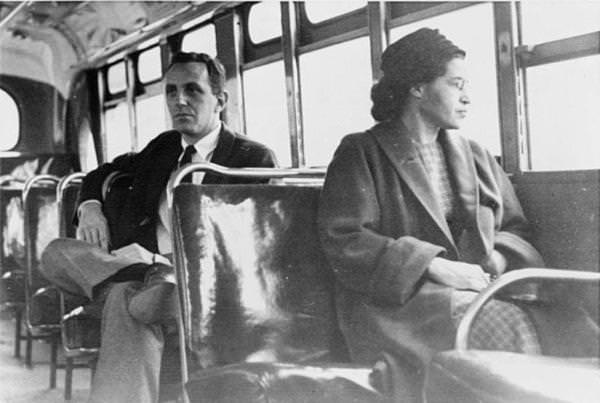 Rosa Parks (PeekYou profile here), the legendary American Civil Rights activist, who passed away in 2005, would have been 101 today.

Responsible for sparking off the 1956 Montgomery Bus Boycott, which in turn galvanized the American Civil Rights Movement, and eventually ended the regressive racial segregation laws that then existed in many American states, Parks came to symbolize the movement’s courage, resolve, and dedication to nonviolent resistance.

There was a great deal more to the life of Ms. Parks than just her courageous and righteous refusal give up a bus seat, though, and — if you’re not already acquainted — you’d be doing yourself a huge favor to learn more about her.

Lest we run the risk of trivializing such an important and extraordinary American, however, we’ll just leave things at this.