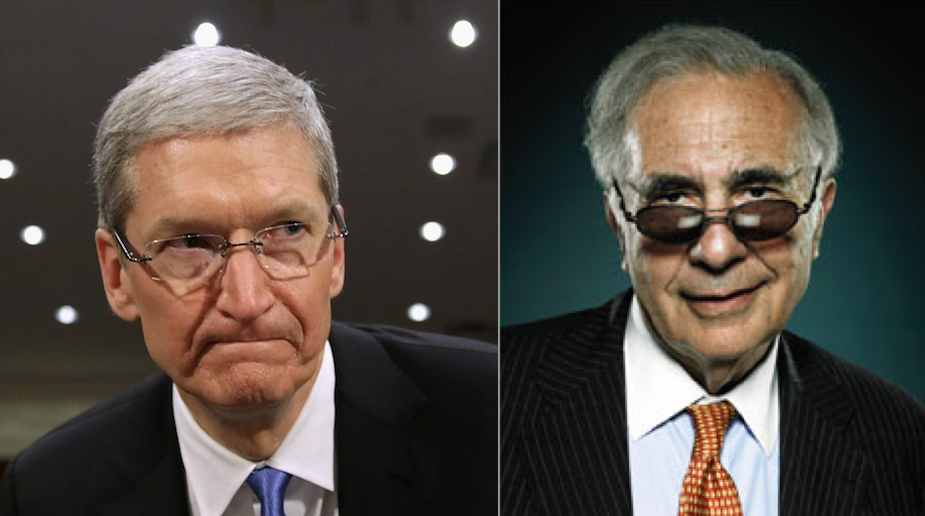 Billionaire investor, and Apple shareholder Carl Icahn has drafted a letter to the computer giant’s CEO, Tim Cook, imploring him and Apple to spread some of its wealth among its shareholders.

In an open letter shared on his website, Icahn said Apple’s stock price was far too inexpensive at around $100 a share. He believes it should be going for more than $200. Says Icahn, by dipping into their massive $133 billion cash reserve and buying back stock Apple can help inspire the price to be where it should be.

“We believe Apple is dramatically undervalued in today’s market, and the more shares repurchased now, the more each remaining shareholder will benefit from that earnings growth,” Icahn wrote.

Icahn, an “activist investor” who Silicon Valley entrepreneur Marc Andreessen recently equated to the “evil Captain Kirk,” has made such requests of Apple before. In response, they stepped up an existing buyback program and split the stock, which wound up gaining more than 50 percent.

Apple has thus far responded to this latest letter diplomatically, and with restraint, saying: “We always appreciate hearing from our shareholders. Since 2013 we’ve been aggressively executing the largest capital return program in corporate history. As we’ve said before, we will review the program annually and take into account the input from all of our shareholders.”