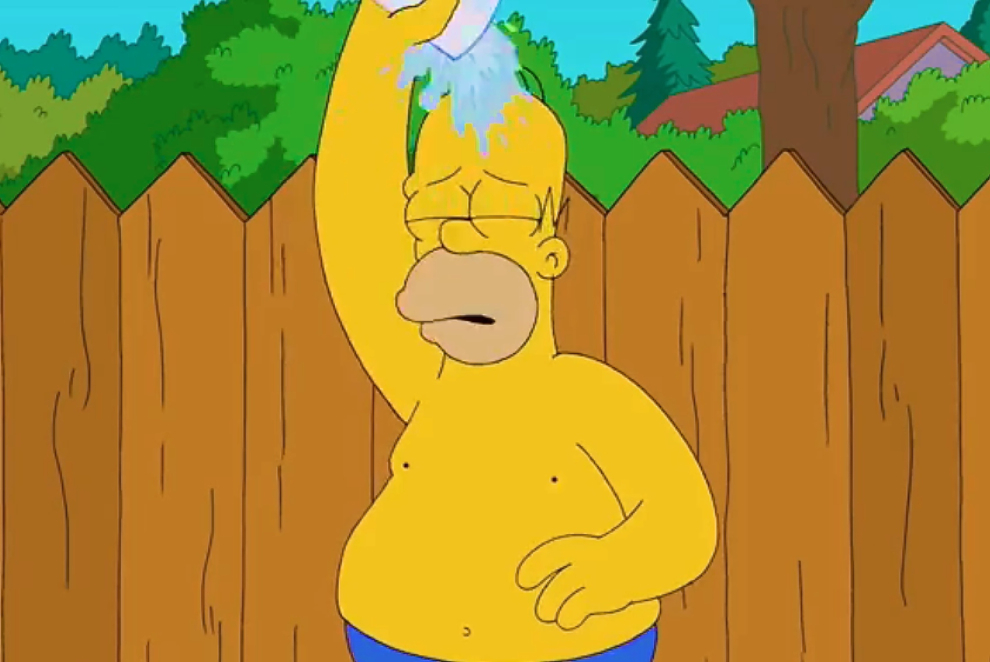 It’s seems the world is genuinely running out of flesh and blood notables who could still take the ALS Ice Bucket Challenge.

Heck even things that exist in a tangible form, but aren’t quite living, such as Kermit the Frog have gotten wet for this terrific cause.

On Tuesday, FOX released to the world video of their longest running primetime star, Mr. Homer J. Simpson, rising to the occasion.

It’s not the funniest thing ever, of course, but at one time The Simpsons was and, as we say, it’s for a great cause. So, it gets a pass.

We’ve written previously of the challenge (and our feelings on the unnecessary and baffling backlash) here.

This meme, which has taken the internet by storm like little else before it, has helped raise nearly $80 million to help combat this inconceivably horrific disease. While there are some concerns surrounding water conservation (although they’ve been addressed and debunked by many sources), otherwise we can think of no possible reason why anyone would criticize this phenomenon.

And here, the greatest chair-moistener from sector 7G, Uosdwis R Dewoh (or Homer J. Simpson if not inclined to click the link, or get painfully nerdy references):