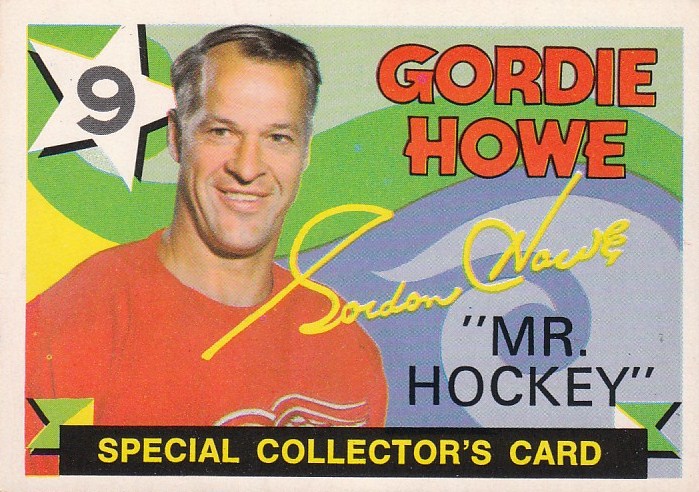 Gordie “Mr. Hockey” Howe — the legendary NHL superstar — has suffered a severe stroke. He is convalescing at his daughter’s home in Lubbock, Texas, but is said to not be doing great.

Murray Howe, one of the hockey giant’s three sons, was quoted in the Detroit Free Press as saying, “I feel like this is his final lap around the rink.” Adding, “I’m guessing that he’s not going to recover… but then again, he’s about as strong as they get. If anybody can do it he can.”

Hall of Famer Howe was noted for his prolific scoring, calm demeanor, and for his incredible durability. He played professional hockey from the 40s all the way through to the 80s, playing his last professional game — for the NHL‘s Hartford Whalers — when he was 52-years of age.

It’s been reported that he suffered the stroke on Sunday morning, but apparently had been doing okay — even enjoying a pleasant stroll — just the day prior. He has been staying in Lubbock with his daughter, Cathy. The rest of his family has rushed to Texas to be by his side since the stroke.

“He had a bad stroke a couple of days ago, and I tried to do some FaceTime with him, and he looked really bad yesterday,” Mark Howe — Gordie’s son, and himself a former NHL star — told Detroit Free Press while still en route. “He’s pretty well immobile. It’s not good, but at least my daughter spoke to him today and said she understood a couple of words, which is very encouraging. We’re keeping our fingers crossed. If anybody can recover, I know Dad can.”

Gordie, who is 86, is said to be afflicted from dementia. During this past summer he suffered a number of mini-strokes. He also received outpatient surgery for a spinal stenosis, which had been causing him severe pain.

You can read more about this story, and learn about this sports legend from Detroit Free Press (Howe played for the city’s Red Wings, including being on four championship teams) here.