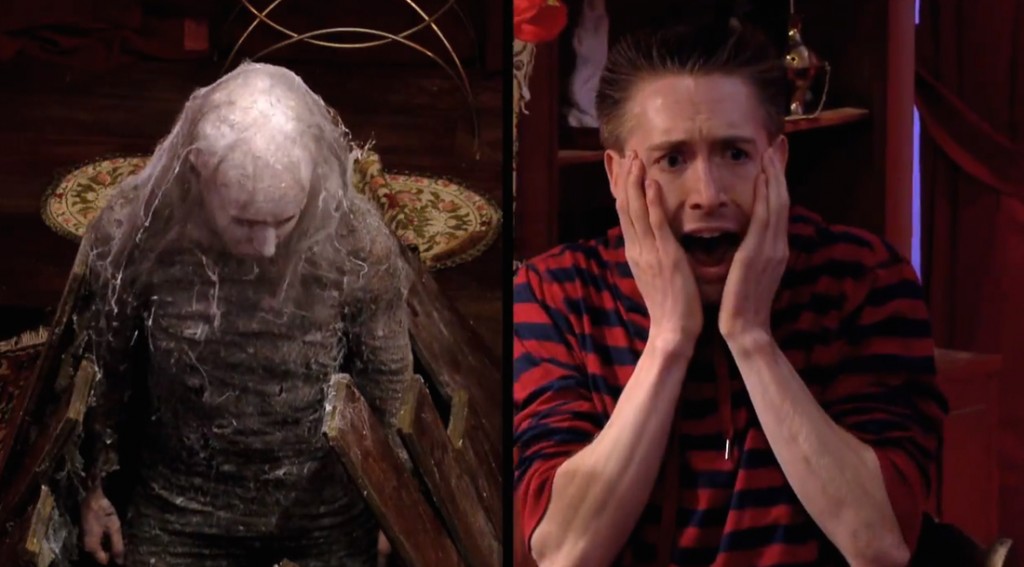 The folks over at viral marketing agency, Thinkmodo, have devised yet another amusing and horrifying stunt — just in time for Halloween — to keep you and the whole danged Internet engaged for a minute or two.

Like their previous horror movie tie-in stunts — such as those for the films Devil’s Due and the remake of Carrie — this newest clip involves an elaborate prank designed to scare the bejeezus out of the unsuspecting public.

Unlike previous pranks which involved fairly elaborate special effects, this one is quite low-tech; yet all the more believable for it.

It played out like this. As a promotion for the upcoming flick Ouija, a free psychic reading was advertised to passersby in New York City. What these folks didn’t know is that Jalisa Thompson, the woman giving the readings — via Ouija board, natch — can make her eyes bug way the heck out of her head at will (you may remember her from the old Guinness World Records Primetime TV show on Fox). This natural special effect is freakier than a million folks dressed up as zombies, but they also have one of those pop up out of the floorboards for good measure.

As is the case with all of these Thinkmodo horror movie tie-in pranks, it’s much funnier than you want it to be.

And here are some related Thinkmodo stunts.