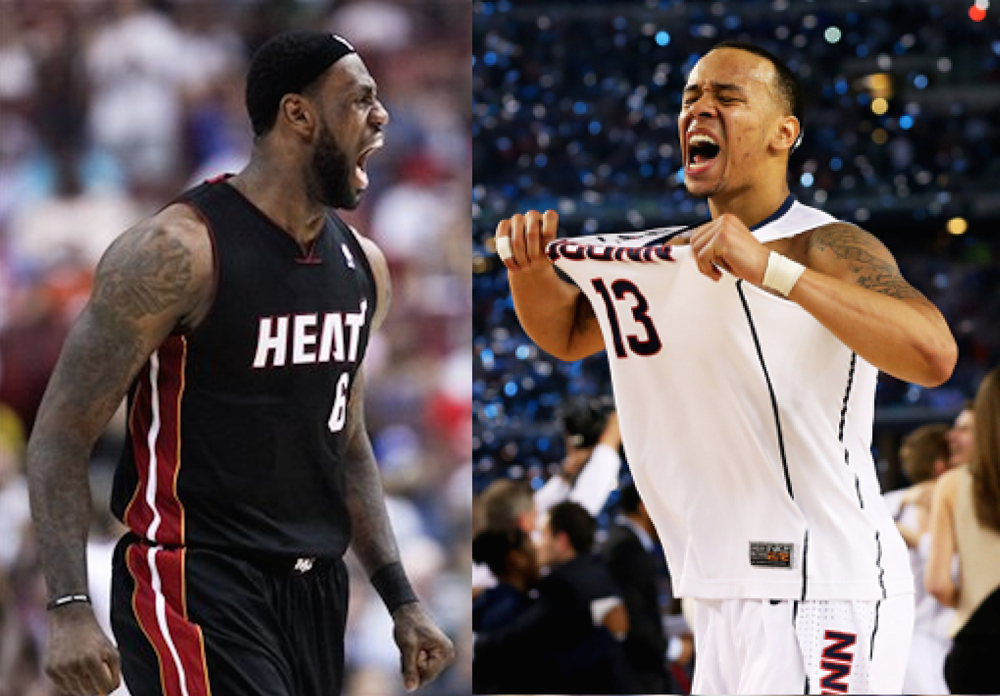 The Charlotte Hornets initially selected Napier with the No. 24 pick in the draft, but then traded him to Miami for the No. 26 and 55 picks, plus a future second-round pick.

LeBron apparently did not consult with the team regarding the selection, but had been on the record praising Napier after he led Uconn to their second NCAA title in four years.

When the news of Napier going to Miami broke, LeBron tweeted the following:

Napier said he hoped his arrival might play a part in LeBron returning to Miami: “I would hope so. He’s one of the best players in the world. So if me going there helps him come back, it just betters our chances of being a complete team.”

Heat president Pat Riley said, regarding James’ part in the selection, “If LeBron and I have the same taste in talent, so be it. But he didn’t call me on the phone, or he didn’t make a point to me about it.”

Riley added regarding Napier, “He’s a very competitive person, and I think competitive without a huge ego, too. He’s a winner. He’s talented and he’s skilled. You just have to watch him play the game and you can see the competitive level we all like.”