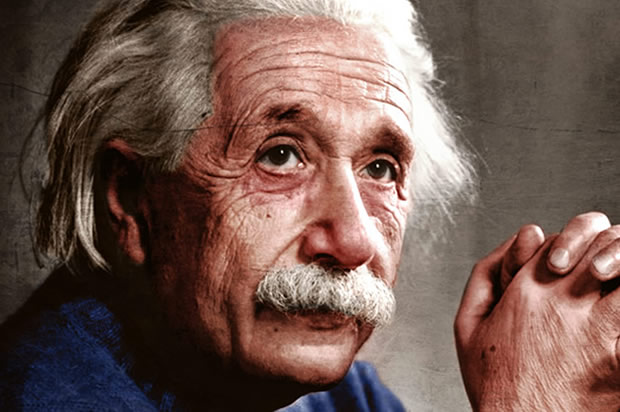 Mathletes, science enthusiasts, and mere physics and/or numerical dilettantes alike may appreciate that March 14 is both the 136th birthday of Albert Einstein — the most important physicist of the 20th century — and, less meaningfully, what some egghead wisenheimers (and the decidedly less egghead U.S. Congress) have designated as Pi Day; as in the mathematical constant π (pi), or 3.14 (etc.), or 3/14… Get it?

Yeah. It’s not for everyone. But Exploratorium gets into it all a bit more in depth here.

As for Einstein (who, it should be noted, carries our highest PeekScore of 10)… Well, not only would this be a terrible forum for explaining the Theory of Relativity, we’re woefully ill-equipped to do so. But that was his, and you can go ahead and give it a quick read for yourself here.

Readings more accessible to a broader audience, regarding Einstein’s life and inconceivably estimable career, along with photos, and videos, and much more, can be found via the many links on his PeekYou profile; accessible by clicking his highlighted name above.