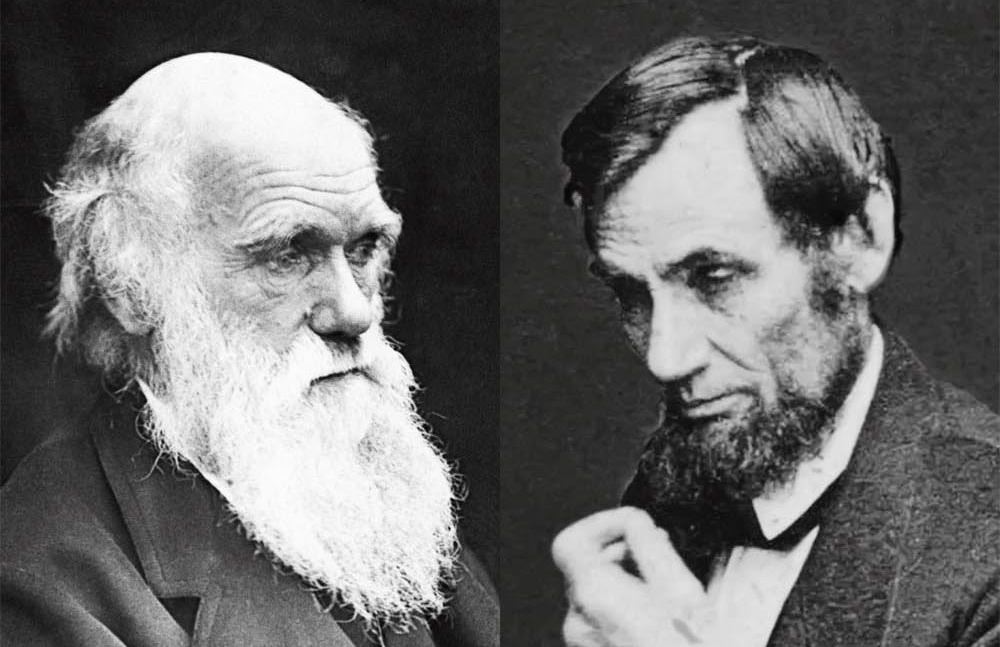 On February 12, 1809, two extremely important men were born; one in a log cabin in the wilds of Kentucky, the other in a big, fancy house in Shrewsbury, England.

The two men were, respectively, Abraham Lincoln and Charles Darwin.

While, from their quite different upbringings, one pursued the law and politics and the other science, they both — through their intelligence, passion, and sheer determination — left the world a better and more enlightened place than it was when they entered it.

It would be doing a grave disservice to the accomplishments of either man — each, it must be acknowledged, still controversial in some circles — to try to summarize them here. Hopefully, you’re at least passingly acquainted with the theory of evolution and the United States Civil War on your own.

Where we can be of great service, though, is in directing you to the PeekYou profiles of these two, immeasurably influential men; from where you’ll be led to essays, videos, websites, and a vast array of media discussing, analyzing, and educating about their lives, achievements, and enduring impacts.