Grumpy Cat is in a Christmas Movie (UPDATED) 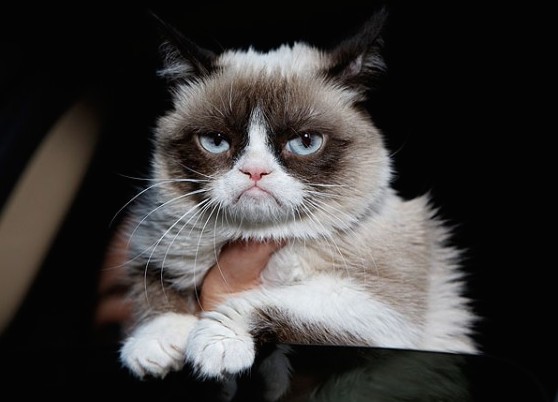 On Saturday, November 29th, at 8pm ET, American cable channel Lifetime — the folks who brought us Lindsay Lohan as Liz Taylor and the recent Saved by the Bell behind-the-scenes docudrama — will air Grumpy Cat’s Worst Christmas Ever.

UPDATED 11/30/14: While conventional critics have not been so kind, judging by the #WorstChristmasEver hashtag on Twitter, the public could not be happier with the finished product.

If you’re reading this at all that means you’re on the Internet, and therefore you’re likely familiar with Grumpy Cat; if not by name at least by visage (viewable above, and which in turn explains the name). Tardar Sauce, Grumpy Cat’s given name, has feline dwarfism and a bit of an underbite which gives her the perpetual scowl that has made her a phenomenon.

A mere two years ago a picture of the kitty was posted to Reddit, and from there a million memes were born, and at some point the kitty’s owner probably got to quit her day job.

While it’s possible that the film will be more amusing than it should be — much like pictures of the cat in question often are — the trailer (while self-aware) doesn’t hold huge promise. Still, Grumpy is voiced by the very funny Aubrey Plaza; which is a tick in the plus column.

Grumpy’s special kitty PeekYou profile and Aubrey’s normal human one can be accessed by clicking their highlighted names above.

You can check out the trailer below:

Aubrey and Grumpy drink eggnog here, in this promo:

And a bit more here: