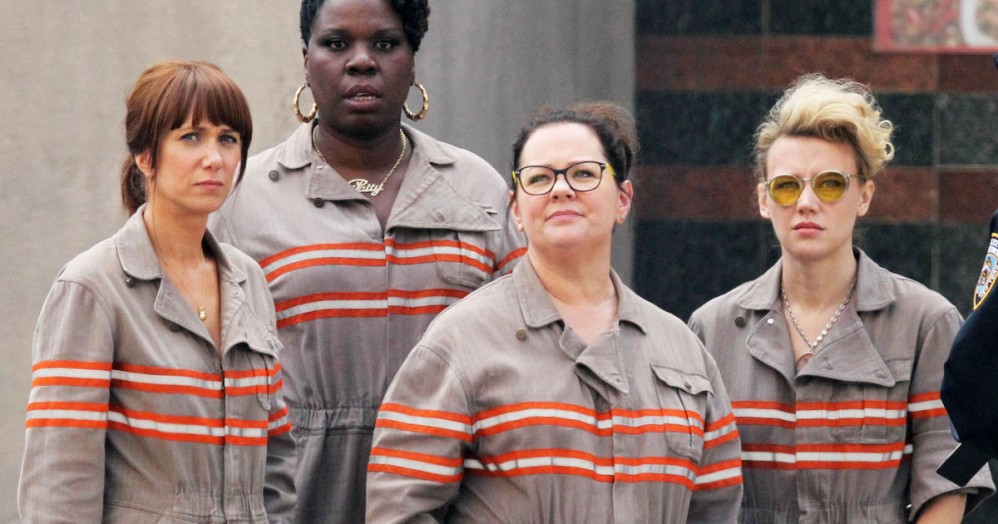 When news broke that popular 1984 film Ghostbusters was going to be remade with an all-female cast, sexist psychomagnotheric slime didn’t just ooze in, it poured. These actors have used their proton packs to fight more than just ghosts in the months leading up to their July 15th release date.

After the success of female ensemble cast movies such as Pitch Perfect and Bridesmaids, it seemed like Hollywood was finally onboard with female leads selling out movies, and female directors and producers tell compelling and blockbuster stories.

Unfortunately, some people are slow to catch on to the changing times. This became clear when it was announced that the long-awaited third installment in the Ghostbusters franchise would star Kristin Wiig, Leslie Jones, Melissa McCarthy, and Kate McKinnon in the roles of Bill Murray, Dan Ackroyd, Harold Ramis and Ernie Hudson. Downright ghoulish tweets started floating in. 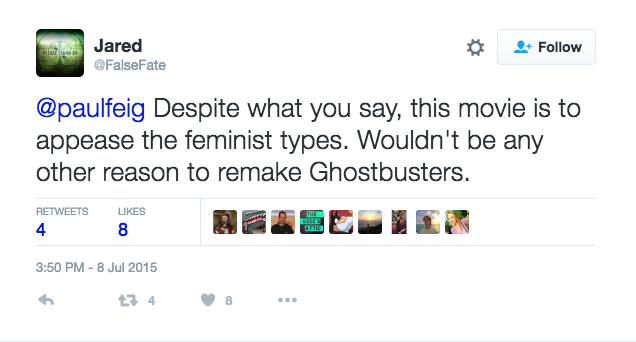 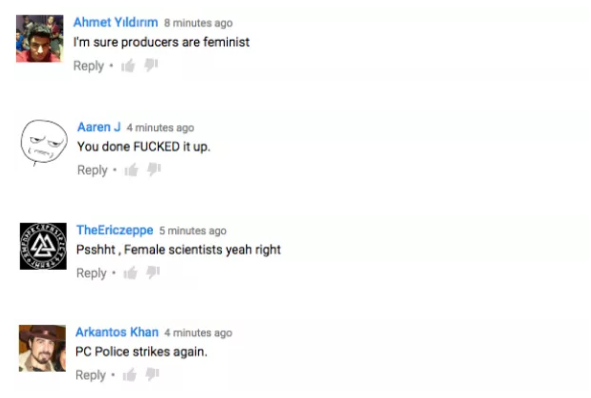 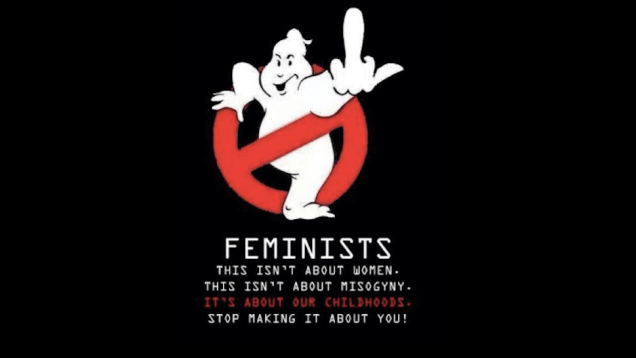 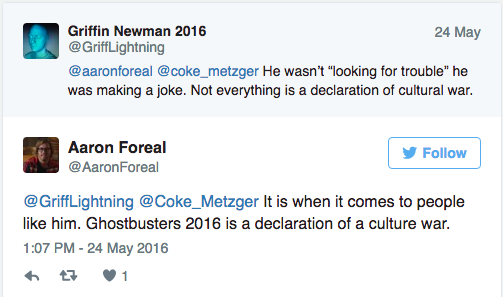 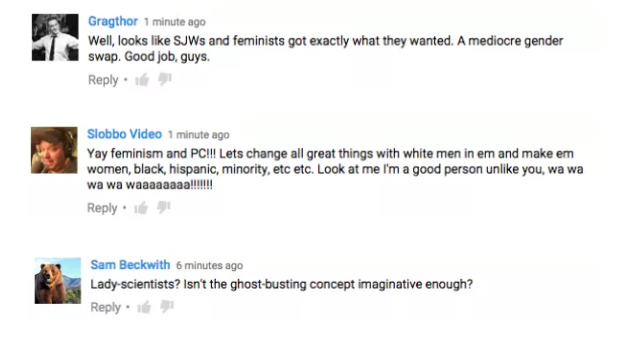 Many of the tweets and Youtube comments on the trailer release are filled with such hate-filled and despicable language that it can’t be printed. There was even a man who devoted an entire Twitter account to taking down the Ghostbusters movie.

The backlash in support of the movie was swift, and sexist tweeters were quickly busted. Director Paul Feig received so much heat on twitter that he eventually stopped mincing words. 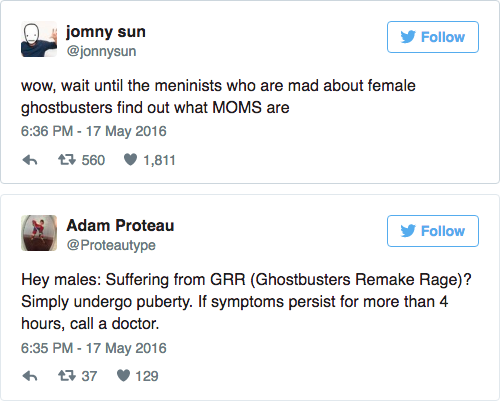 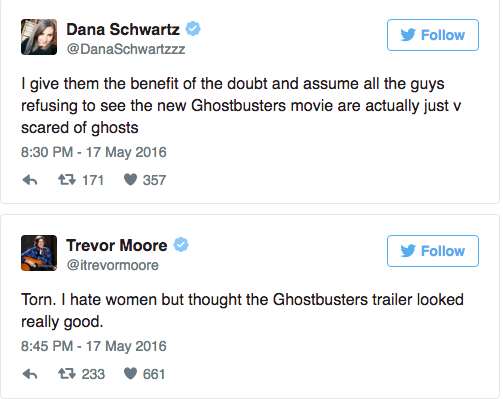 Star of the new movie, Kristin Wiig, asked people to focus on the actual point of the movie, and to stop making a big deal out of the cast. She said, “You can’t get better than the original, but it’s a different movie, it’s a different cast, it’s many years later, and we’ve also done things that are different. It’s not just about it starring women.” One of the stars, Leslie Jones, threatened to quit Twitter after receiving so much abuse from irate fans over her casting.

What do the original stars think of the reboot? Sigourney Weaver, who starred in the flick as a love interest and has a cameo in the new film, came out in support of the female casting, saying “To be able to hand Ghostbusters over to these incredibly talented women felt perfect, and it was time.”

Dan Ackroyd said after seeing the movie that it featured “brilliant, genuine performances,” and that the cast was “every bit as spectacular and delicious as the four men in the original.” 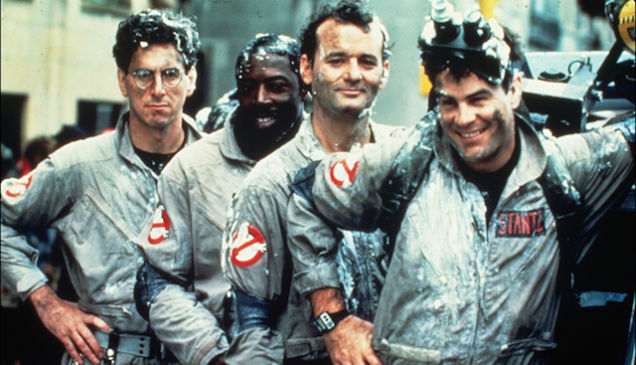 Ernie Hudson originally spoke out against the film, saying “If it has nothing to do with the other two movies, and it’s all female, then why are you calling it Ghostbusters? I love females. I hope that if they go that way at least they’ll be funny, and if they’re not funny at least hopefully it’ll be sexy. But all female would be a bad idea. I don’t think the fans want to see that.”

King of Comedy Bill Murray, who had previously been vehemently opposed to appearing in any more Ghostbusters movies, decided to work on this one, saying “only because I knew these girls were funny.”

Let’s hope that the success of this movie will finally put naysayers to Rest, so to speak, and that in the future, women can make movies without being told they’re also making a statement. 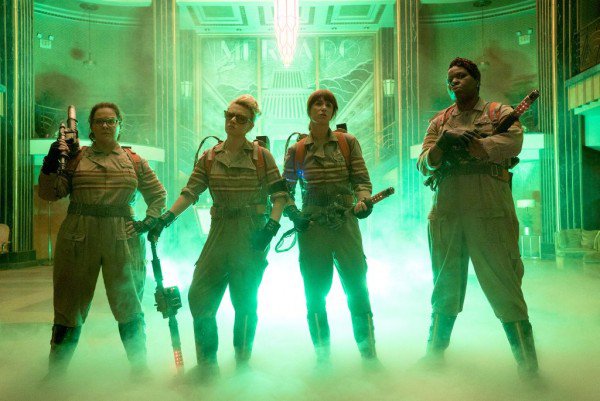