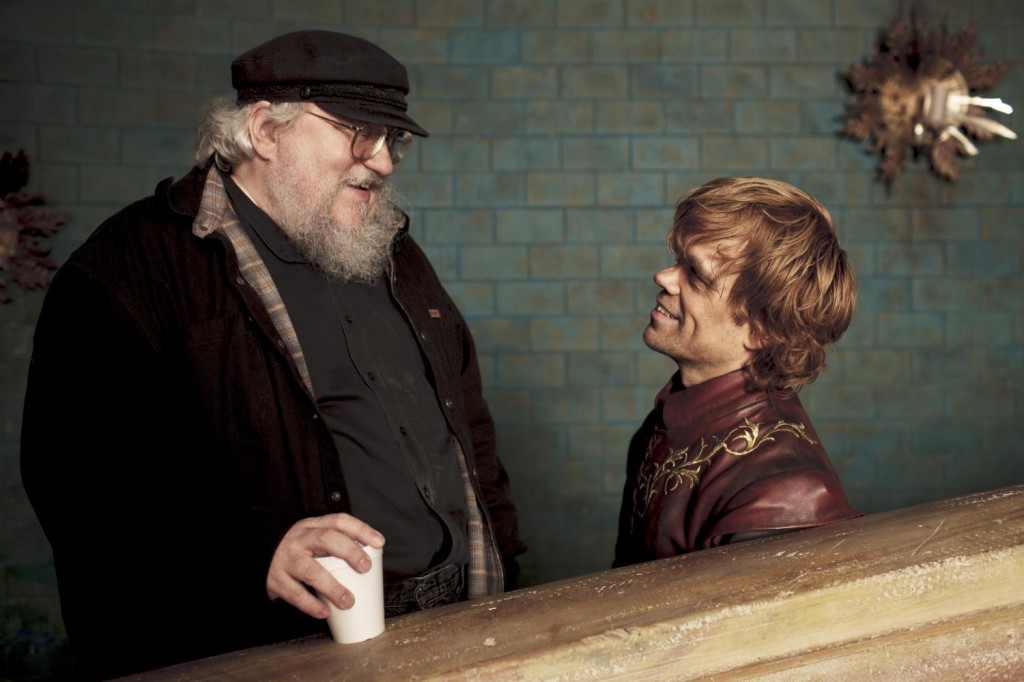 George R.R. Martin, the author of the A Song of Ice and Fire series of novels — upon which HBO‘s enormously popular TV series Game of Thrones is based — let slip this week that the fate of some of some Thrones characters previously believed safe (-ish) could be up for grabs.

At a recent event in London, Martin shared that the development of the books’ storylines have brought things to a place where his options are greater, in terms of which characters he could kill off; a favorite pastime of his, as even the most casual fan knows. (As the old joke goes; Q: Why doesn’t George R R Martin use Twitter? A: Because he killed off all 140 characters.)

Anyway, Martin’s explanation for his new found flexibility in terms of inflicting treachery, mayhem, and carnage upon characters previously believed too integral to off, went like this:

“I have a large number of important characters who I switch between to tell the entirety of the story, and that limits who I can kill. Sometimes there’s only one character who’s my eye in a particular location, and if I kill that character everything going on in that particular subplot is going to be lost. The way my books are structured, everyone was together, then they all went their separate ways and the story deltas out like that. And now it’s getting to the point where the story is beginning to delta back in. The viewpoint characters are meeting up with each other and being in the same point at the same time, which gives me a lot more flexibility for killing people.”

When you play the “Game of Thrones,” you win or you die. Or so they say.

Characters like Jon, Arya, Daenerys, and Bran may seem safe — on the TV program — at the moment, as so many subplots depend upon them. But for how much longer? We know of only one beardy, 65-year old author who knows for certain.