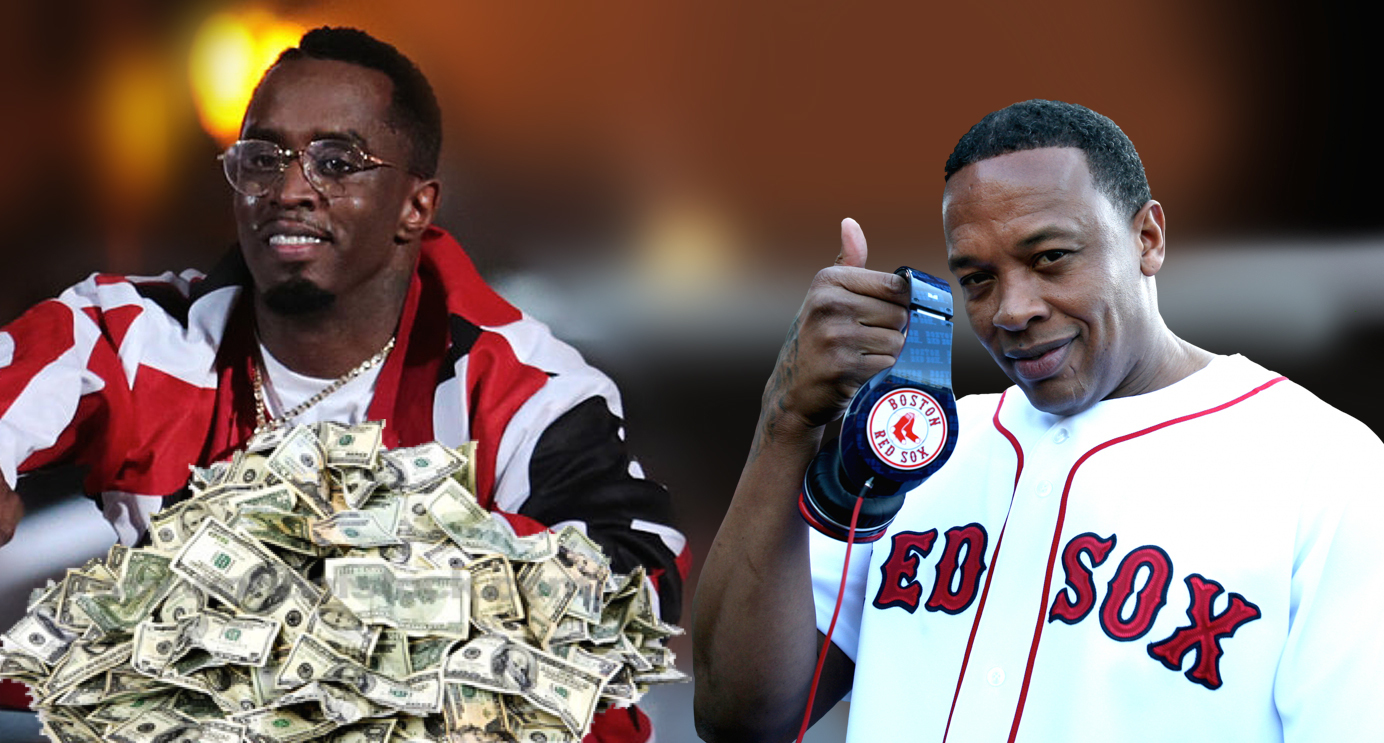 The deal which, in total, did apparently exceed $3 billion found the good Doctor proclaiming himself “rap’s first billionaire.”

“The first billionaire in hip-hop, right here on the #$R#$R#@ West Coast,” Dre made clear in a clip that unsurprisingly went massively viral.

But truthfully, after taxes, and the various partners took their shares of the deal, Dre’s 25% stake left him with a $500 million windfall, and an overall net worth of about $700 million.

Nothing to sneeze at Dr. Dre, and we are damned proud of you for it. And honestly, while falling short of the boast, it would still be difficult to think of anyone else in hip-hop who could possibly be wealthier.

Dre, while outstandingly wealthy, is not the richest man in hip-hop. That honor, according to Forbes‘s just published Forbes Five goes to Diddy (aka, P. Diddy, Puff Daddy, Puffy, Sean Combs, etc.). Diddy’s apparently kicking around these days with a none-too-unimpressive $735 million to his name. Money coming out of his posterior, indeed, as he once famously boasted. A relic of the 90s to some, in the business of hip-hop he could not be more relevant.

Dre’s excessive wealth comes from a single super-successful income source. Yes, the music and movies, and all that, make money, but the big bucks come from the headphones. Diddy’s wealth comes through multiple streams, with his portfolio apparently impressively diverse and well curated (and featuring a bazillion different brands and sub-brands).

We of course, at this time, we will opt to steer clear of elaborating on hip hop’s history, nor will we go into any detail regarding its  various longstanding rivalries. Those are easily researched elsewhere, but we promise will contribute to this story’s subtext.

(ALSO: Check out who PeekYou’s PeekScore scale says are the biggest rappers on the Web, in terms of influence, presence, and prominence here.)

You can read more about both men’s vast fortunes, as well as those of the list’s three other financial titans — at least two of whom might surprise you, all at Forbes article here. All five men are listed below. (And remember, clicking the items on the below chart will lead you to the corresponding rapper’s PeekYou profile, from where you can explore the best of what the Web has on offer of his life and career.)