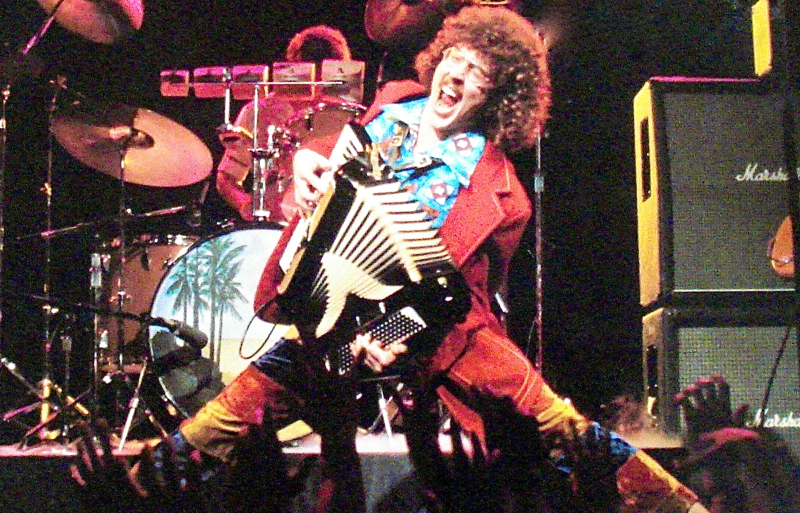 The petition’s earnest, if less than eloquent, accompanying copy reads:

For decades Weird Al has entertained fans, young and old, with his popular clever parodies and unique sense of humor. Having him headline the Super Bowl XLIX Halftime Show. would not only be overly accepted by the millions of views, but it would remain true to the standards and quality of the show business we have come to love and respect out of this prestigious event. The songs of artists that he is parodying could join him on stage to accompany, as well as other surprise appearances from well-known actors/actresses, adding more prestige and star power. The theatrics alone would be hilarious and a welcoming change, and draw a wider audience of fans that typically would not tune into the championship game or half-time show.

As of this writing the petition has amassed over 50,000 e-signatures, and seems to be going strong.

In truth, it’s not a strange or ridiculous proposition at all. Consummate parodist that he remains, Al is seemingly as popular now as he’s ever been in his over 30-year career, with his newest album, Mandatory Fun, his highest ever charting release. Also, his repertoire provides endless opportunities for guest appearances, and he’s a reliably engaging yet family-friendly entertainer; vaguely hip and unabashedly square all at once.

We have added our names, and would hardly discourage you from doing the same.

And here, a 24-year old Al from 30 years ago, taking the wind out of a then nascent cable phenomenon’s sails.