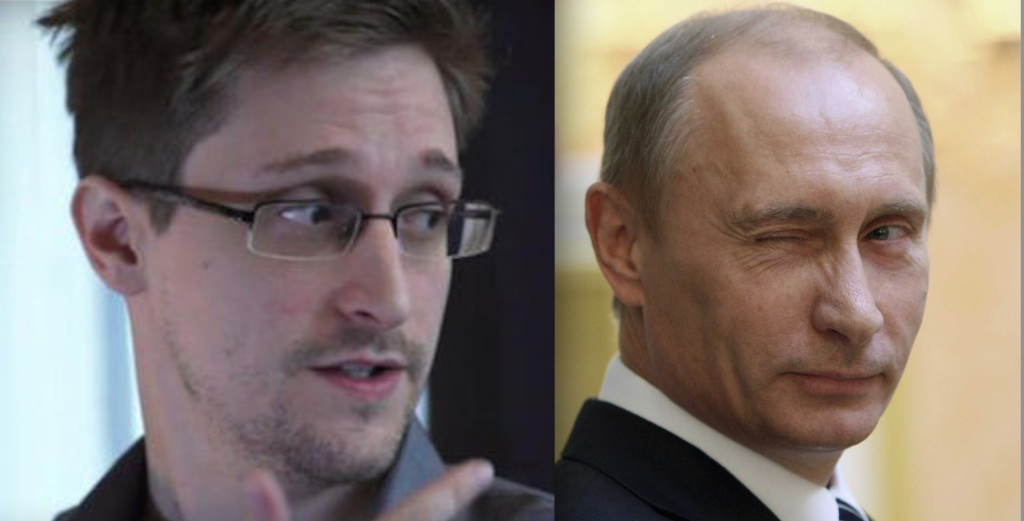 This appearance comes months after Snowden — a fugitive from the US, at the moment — accepted asylum in Russia.

“Does Russia intercept, store or analyze in any way the communications of millions of individuals?” Snowden asked. He continued, “And do you believe that simply increasing the effectiveness of intelligence or law enforcement investigations can justify placing societies, rather than their subjects, under surveillance?”

Putin responded that Russia does have a special system for surveillance of “specific citizens,” but that it is all done with court clearance, and in the name of fighting crime and terrorism.

You can read more about this somewhat peculiar occurrence here, or watch CNN‘s reporting on the event below.

And visits to Putin’s and Snowden’s PeekYou profiles will lead you to the many areas of cyberspace where the digital existences of both of these men can be explored.