While it has been known for a little while that Dwayne “The Rock” Johnson would be joining DC Comics‘ newly forming cinematic universe, prior to Wednesday it had not yet been announced in what role.

The former WWE superstar had reportedly been trying to decide whether to play the hero or the heavy in an upcoming film featuring DC Comics‘ SHAZAM! (formerly Fawcett Comics’ Captain Marvel, but that’s all a long story).

Well, it turns out he went with the antagonist role; Black Adam. Leave it to a pro wrestler to understand that the bad guys have all the fun. 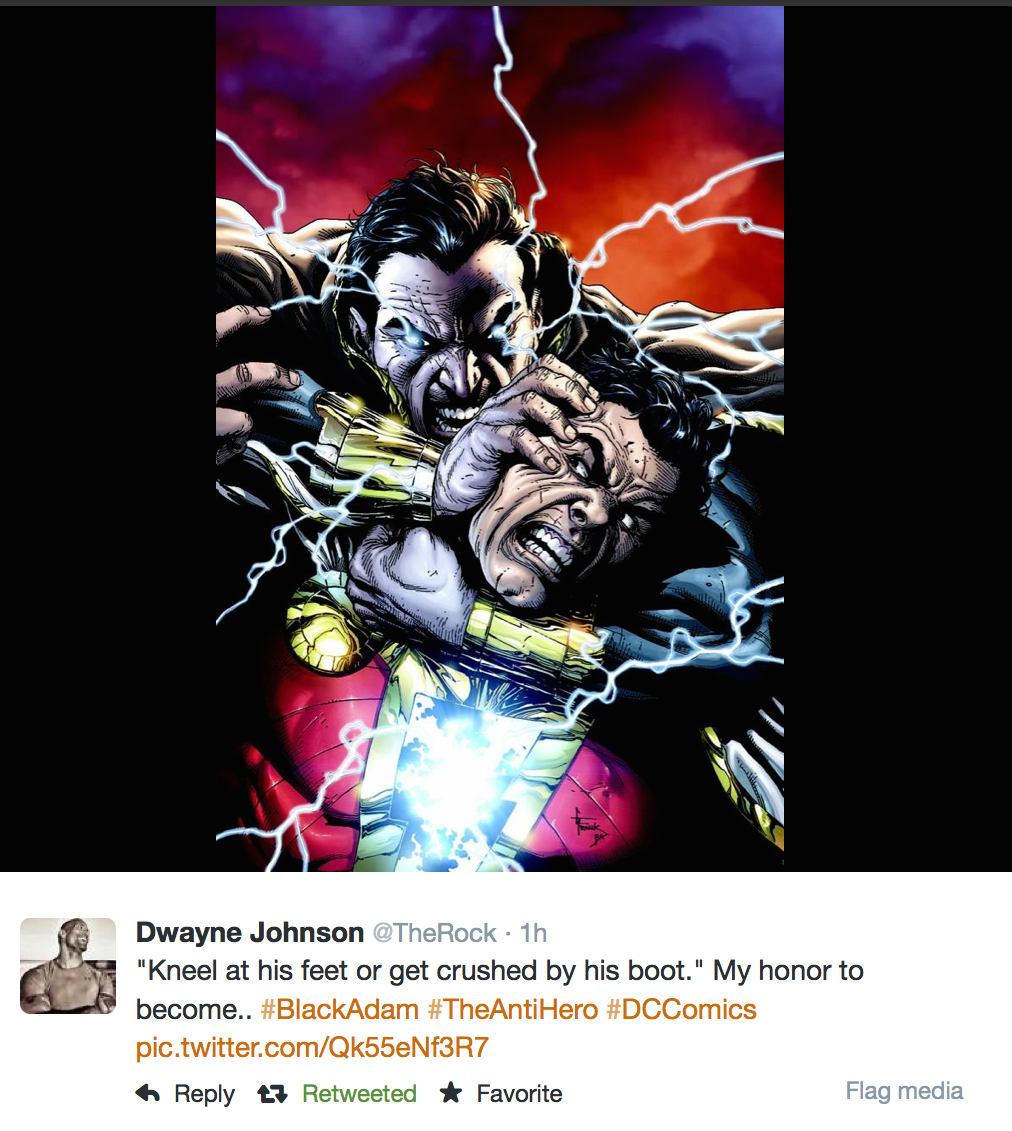 With SHAZAM! being one of the most “golly gee willikers!” squeaky-clean costumed heroes of all, perhaps it’s understandable that Johnson gravitated toward the meatier and more morally ambiguous Adam. Also, we’d guess that Adam will figure in to some of the other already announced DC Universe flicks.

If you’re not aware, basically DC Comics is in the process of trying to replicate the success of their chief competitor, Marvel Comics. Since 2008, Marvel have grossed billions off of a series of, thus far, 10 movies featuring an assortment of their characters, and all taking place in the same cinematic universe. DC have announced a full slate of inter-connected films to be released over the next few years, of which SHAZAM! will be one.

Total Film talks more about this here, and you can smell more of what The Rock is cooking by clicking his highlighted name above and visiting his PeekYou profile.