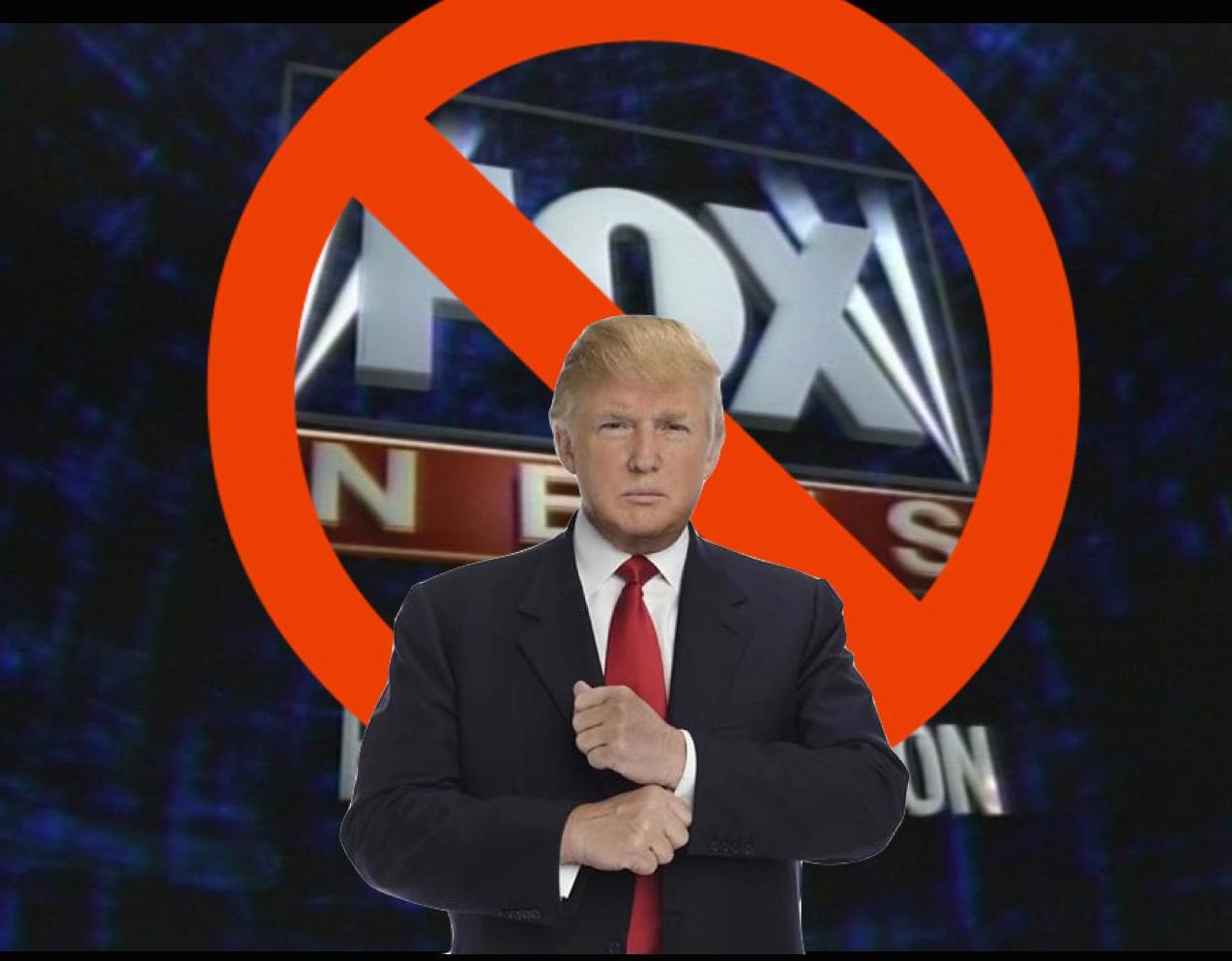 In what would certainly be an unprecedented move on the behalf of a Republican party presidential frontrunner, current top-polling GOP presidential candidate Donald Trump has Tweeted that he will no longer be appearing on conservative news network FOX News for “for the foreseeable future.”

The war between The Donald and the media outlet with which most Republican candidates most closely align themselves has been ongoing for a little while now; at least dating back to the first presidential debate at the start of August, where Trump felt FOX anchor Megyn Kelly singled him out unfairly.

On Wednesday, Trump’s characteristically brusque and bold tweet made it clear that he had evidently again been treated “very unfairly” by the network.

A FOX News spokesperson has apparently told CNN that Trump only made this claim of unfair treatment after FOX canceled a scheduled appearance on Thursday night’s The O’Reilly Factor.

“At 11:45 a.m. today, we canceled Donald Trump’s scheduled appearance on The O’Reilly Factor on Thursday, which resulted in Mr. Trump’s subsequent tweet about his ‘boycott’ of FOX News,”

An email from FOX told CNN.

FOX has not clarified why they had canceled Trump’s appearance, but it seems a small coincidence that it came after a series of tweets Trump wrote Monday criticizing The O’Reilly Factor. Complaining, among many other things, that the show’s guests were all “Trump haters.”

A FOX spokesperson elaborated, “When coverage doesn’t go his way, he engages in personal attacks on our anchors and hosts, which has grown stale and tiresome,” Adding, “He doesn’t seem to grasp that candidates telling journalists what to ask is not how the media works in this country.”

It defies satire, and is difficult to believe. But yes folks, this is all really happening, and as always you can keep up with the personalities involved — as they live and breathe on the Web — by clicking the highlighted names above and visiting the corresponding PeekYou profiles.